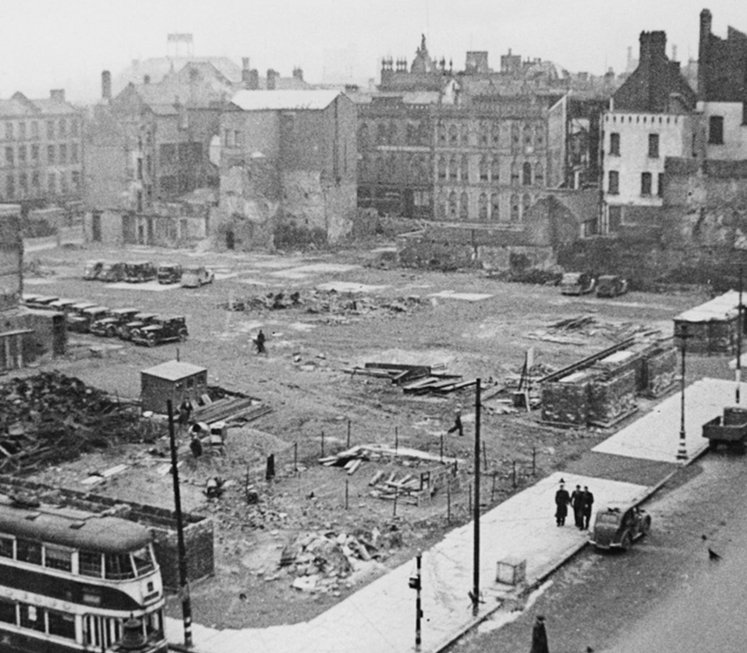 In April and May 1941, Belfast was bombed by the German Lufwaffe, resulting in heavy loss of life, many injuries and major damage to property. In response to a request for help, fire brigade crews from Dublin, Dun Laoghaire, Drogheda and Dundalk, went north to provide assistance to the people of Belfast. This is the tale of that night and how Ireland risked its neutrality by sending its firefighters to help.

Up to April 1941, nobody ever expected Belfast to be targeted by the Luftwaffe, mainly because it was believed the city was beyond the range of their bombers – all that changed with the fall of France. Belfast was bombed for the first time on April 7 with the shipyard badly damaged but it also demonstrated to the Nazi war strategists that Belfast was virtually unprotected. The city was practically a sitting duck for their next, more serious assault on April 15/16 – though followed by the bombardment in early May – which was by far the worst of the three.

It is believed the objective was to knock out two key industries; Shorts factory which manufactured planes, and the Harland & Wolff shipyard, which supplied warships to the British government. The Nazi bombardment left parts of Belfast virtually unrecognisable and the city’s emergency services completely overstretched. Much of the city centre and the northern areas were devastated. Stretches of well-known streets such as the Antrim Road, York Street, the New Lodge Road and Duncairn Gardens were destroyed.

As dawn broke the full extent of the damage from the attack was realised. The immediate problem for Belfast was fire, of which there were approximately 200.

Adding to the problem, the waterworks on the Antrim Road has been hit during the bombing and many water mains had been damaged. There was also a shortage of equipment to pump water from the River Lagan. It was becoming apparent that Belfast’s fire service could not cope and a call for emergency assistance was sent first to London, and then to Dublin. A team of 200 firemen from Liverpool and Glasgow we’re quickly organised and dispatched by the British government. 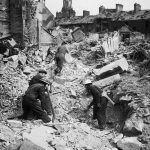 As welcome as this was, it would take 24 hours for these teams to reach the city from Britain. It was clear, Belfast needed more immediate help. Although there’s a lack of official accounts about what happened next, it’s believed that John McDermott, the Minister of Public Security in Northern Ireland, sent an urgent plea for help to the Dublin Government.

The response to Stormont’s plea for help by Éamon de Valera’s government was remarkable, given the historically tense relations between the two jurisdictions and the state’s policy of neutrality, and possible repercussions from Germany.

Upon receiving the request for assistance, volunteers were sought from brigades in Dublin, Dun Laoghaire, Drogheda and Dundalk. Poor record keeping has made compiling a list, or providing an accurate figure of volunteers, nigh on impossible.

Whatever their numbers, following assurances were given that their families would be looked after, should the need arise, volunteers along with approximately 13 appliances and ambulances were soon headed north. In the early hours of April 16 1941, a line of fire brigades quietly crossed the border at Killeen, from where they were escorted to the smoking ruins of a devastated Belfast by the RUC.

“The magnificent spirit which prompted fire services from Eire to rush to the assistance of their comrades in the North. This is the good neighbour spirit in action and is worth months of speeches and assurances. Suffering can be a great leveller, cutting clear through all petty prejudices.”

Fighting fires on this scale was all new to the firefighters from the South and many were shocked by what they found. As noted in Sean Redmond’s book Belfast is Burning, one of the men, John Kelly described “Human bodies and dead animals lying all over the place.”

Aside from witnessing the horrors of war first hand, firefighters were struck by the overall lack of oxygen, due to the extent of the fires and the intense heat generated. The men were warmly welcomed to the city, The Belfast Telegraph wrote, on April 17:

“One of the most urgent tasks was the extinguishing of fires. Thanks to the ASF and regular fire services, not forgetting the splendid help from the Dublin fire service, who reached the Ulster capital after a three hour dash, the majority of the fires have been dealt with.”

In the same issue, an editorial remarked on:

“The magnificent spirit which prompted fire services from Eire to rush to the assistance of their comrades in the North. This is the good neighbour spirit in action and is worth months of speeches and assurances. Suffering can be a great leveller, cutting clear through all petty prejudices.”

This was not the last time southern crews would travel north to bring aid and assistance to Belfast. A few weeks after the Easter Tuesday blitz, firefighters from Dublin and Dundalk returned to the city following another raid on May 4, which left a further 191 people dead.

Within weeks of battling fires from Nazi bombs in Belfast, Dublin firefighters would face the same ordeal closer to home, as Dublin also felt the wrath of the fascist war machine later that month.

At 1.30am on Saturday, May 31, the Luftwaffe attacked the North Strand area. Thirty-four people were killed, 90 were injured and nearly 300 houses were destroyed. Some people believe this was a German reprisal for sending help to Belfast. The assistance provided was not forgotten by the Belfast Fire Brigade, as reported by the Irish Independent at the time, the Belfast Fire Brigade approached Dublin to offer assistance if required. 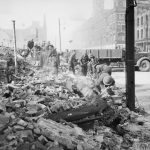 Close to one thousand people were killed in the Belfast Blitz; the greatest loss of life in a single night air raid during the war on these islands, outside London. Given the scale and suffering inflicted upon Belfast by the Luftwaffe’s deadly aerial bombardment it is surprising that it is not more widely known.

Surprising still is how the heroic efforts of fire brigade crews from Dublin, Dun Laoghaire, Drogheda and Dundalk during Belfast’s hour of need is somewhat overlooked. The politically sensitive nature of sending firefighters to Belfast at the time and the difficulties created by censorship in the South led to pretty meager newspaper reporting, which no doubt contributed to this but they deserved to be remembered, and honoured.

In 1941, not knowing what they might find there, nor personal they were to face, firefighters and ambulance crews volunteered to travel to Belfast in its hour of need. Knowing that fellow human beings on this island were suffering provided sufficient motivation to go without hesitation.

A photographer is capturing Ireland's lifeboat crews with Victorian techniques