A photographer is capturing Ireland’s lifeboat crews with Victorian techniques 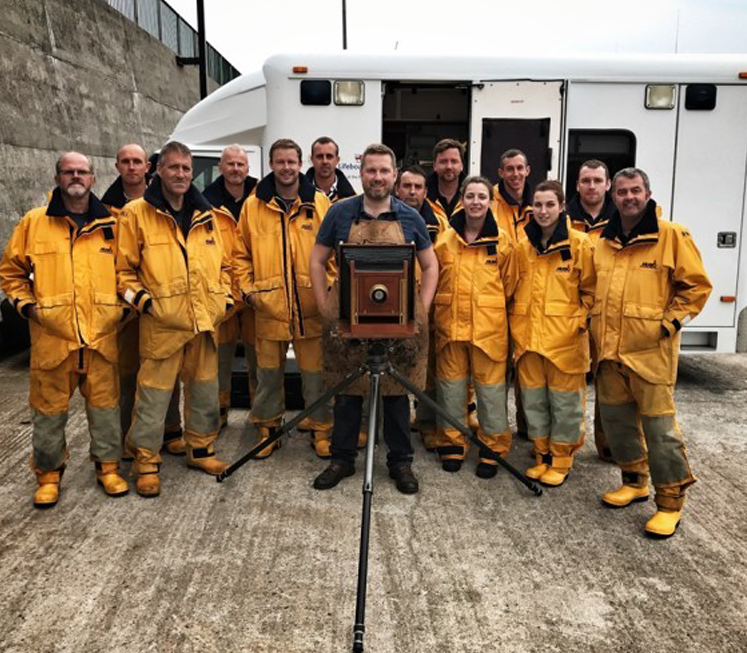 Over two years ago, Jack Lowe iniated an ambitious project to photograph every RNLI station with a Victorian-era camera.

Now, having already photographed 88 of the 238 lifeboat stations in these islands, Jack Lowe has finally arrived in Ireland.

Lowe, a photographer from Newcastle upon Tyne, is travelling around the UK and Ireland in a converted ambulance photographing RNLI lifeboat volunteers through a Victorian process that captures the stunning images on glass in what is one of the biggest projects of its kind ever undertaken.

Taking the Lifeboat Station Project to Ireland, the first RNLI volunteer crews he will visit include Dunmore East, Tramore and Helvick Head in Co Waterford; and Youghal, Ballycotton, Crosshaven, Kinsale, Courtmacsherry, Baltimore and Castletownbere in Co Cork; finishing up at Valentia in Co Kerry to mark his 99th lifeboat station.

“Believe it or not, this is the first time I’ve ever visited Ireland,” said Lowe. “I can’t wait to see the stunning coastline and meet the Irish lifeboat crews I’ve heard so much about.”

“I am excited to see the results of this mission sitting alongside the glass plates I’ve been making in the UK. I’d been told there’s a welcome like no other from the Irish and I’m already experiencing it after just two days.”

The photographer, grandson of Dad’s Army actor Arthur Lowe, is also an avid RNLI supporter. “My early childhood was spent on a Victorian schooner in Ramsgate harbour and on the Thames,” he recalls. “My dad is an experienced seafarer and introduced me to the wonders of lifeboats — these incredible, powerful pieces of kit designed for heroic, lifesaving missions on stormy seas.”

“From an early age, I loved photography and lifeboats. Now I’m following my heart and uniting the two passions. I’m using a photographic technique developed in the 1850s, around the time that the RNLI was incorporated under Royal Charter. The photographs are made directly onto glass plates known as ‘ambrotypes’.” 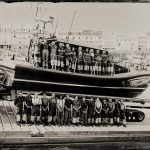 When Lowe visits a lifeboat station, he makes the portraits using a camera produced in 1905, develops the images in the mobile darkroom within his decommissioned NHS ambulance he purchased on eBay.

The volunteer lifeboat crew members can watch as their portraits appear on the glass plates in the converted ambulance – an experience Lowe says they find fascinating, and sometimes very moving.