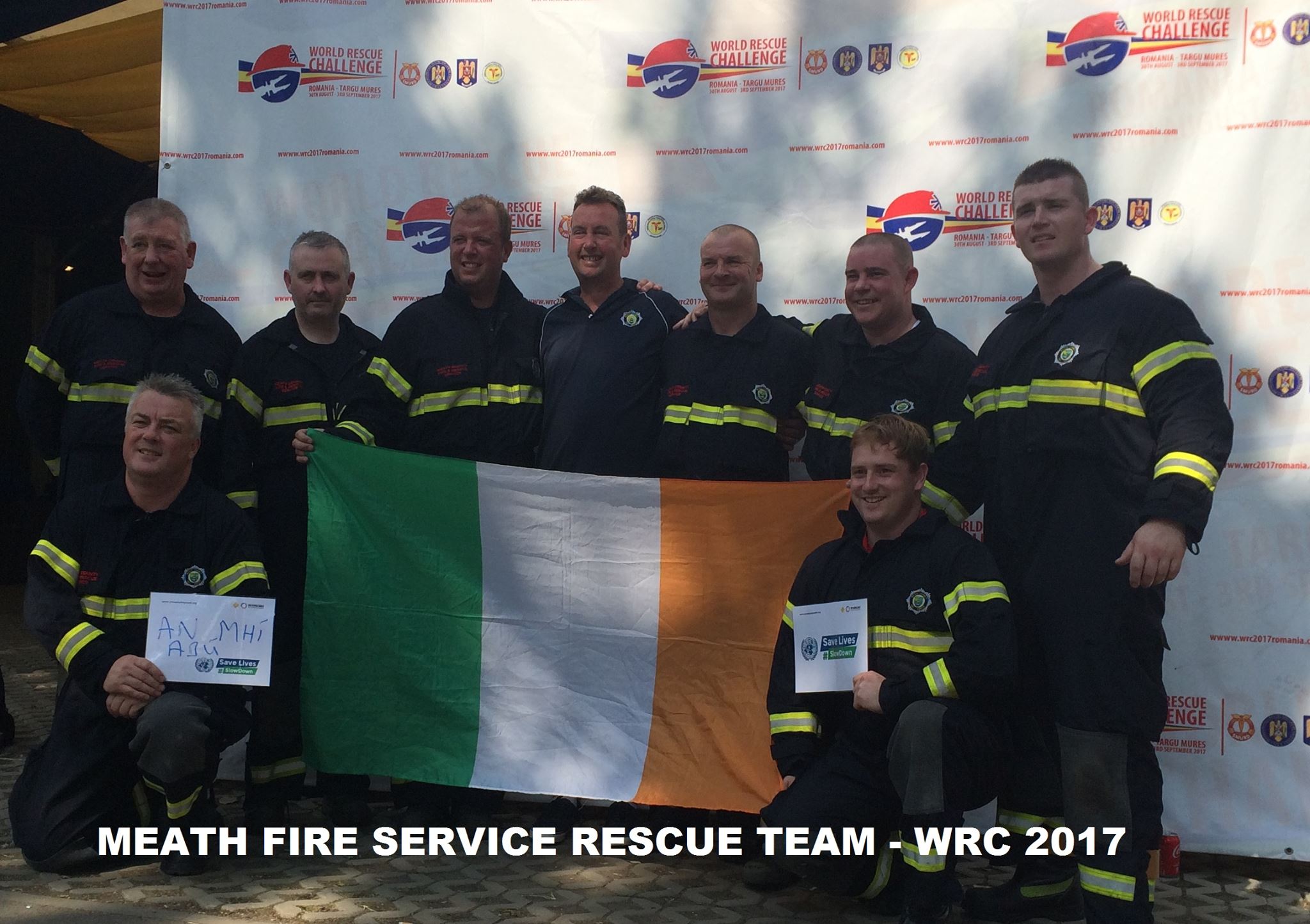 A team of Meath firefighters have finished in third place in the World Rescue Challenge extrication event held in Romania last weekend.

The Meath firefighters were the top Irish placed team as they took on the best rescue teams in the world from fire and emergency services.

Following on from the Irish Emergency Services National Rescue Challenge, which was held in Navan Fire Station in May, a number of the top teams qualified through to represent Ireland at the World Rescue Challenge in Targu Mures, Romania. Teams from Meath, Carlow, Wicklow and Laois, as well as a team from The Garda College, Templemore represented Ireland at the event.

The World Rescue Challenge is the largest event of its kind in the world, with over 70 teams of firefighters and rescue personnel from across the globe taking part. The challenge focuses on promoting and improving the training and skills of emergency service personnel in dealing with road traffic collisions and medical trauma emergencies.

Acting Chief Fire Officer and Meath Team Manager Pádraig Ó Longaigh said: “It is the seventh year that Meath fire service personnel have taken part in this event and it has really helped all who’ve taken part in the past. I have no doubt that it was the case again this year. The Meath teams have performed exceptionally well over the years. This is the second time in three years that a Meath Fire Service team has been placed in the top three of this prestigious event and it is a testament to the firefighters dedication, commitment, knowledge and training.

“Other Meath firefighters also took part in an official capacity for the event, assessing and organising, and this too ensures that vital training skills are brought back and included in the training programme for our stations.”

A photographer is capturing Ireland's lifeboat crews with Victorian techniques