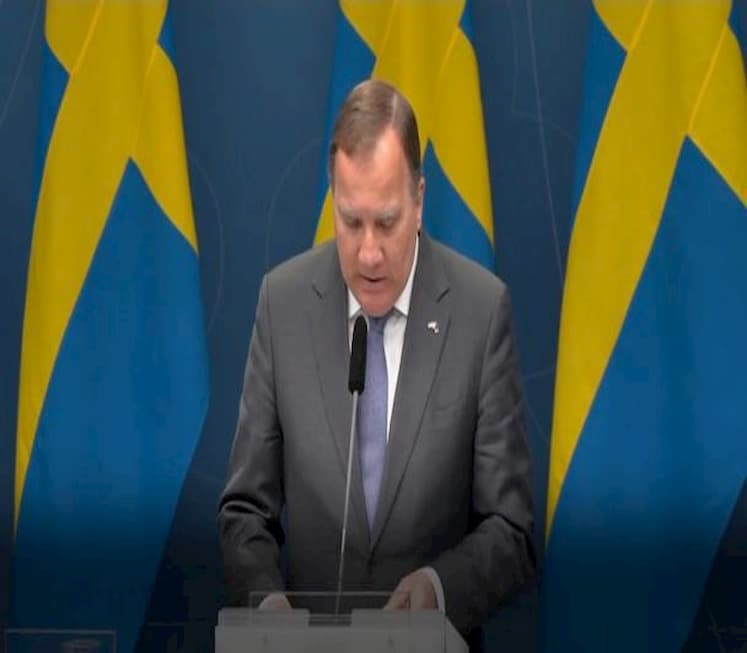 Sweden was the only major European country to reject lockdown and leave most of its bars, restaurants and shops open during the Covid-19 crisis.

Ireland took the least maverick route – and yesterday experts said we are at the start of a second wave.

A suggestion from a Swedish epidemiologist that Ireland adopt the more softly, softly strategy was among possible solutions to emerge yesterday from a brainstorming session of experts at the Oireachtas committee investigating Covid-19.

Others urged borrowing the best ideas from Finland and Taiwan.

Sweden has been dubbed the comeback kid of Europe after reversing a high infection and death rate.

Dr Johann Giesecke, a former chief epidemiologist in Sweden, said we should allow controlled spread among people below 60, but concentrate on the old and frail and have frequent testing of staff and residents in nursing homes.

Mask wearing is not mandatory but much of the secret probably emerged when he revealed the very high level of voluntary compliance to anti-Covid measures like physical distancing. “People are not stupid” he said. Sweden’s biggest failure in the early months was the high number of deaths, mostly among the elderly. He said there will be a “tolerable spread” among the over-60s. But there has been a “change” in the way people in care homes are now looked after.

Asked by Social Democrat TD Róisín Shortall how more active older people would be protected, he said they need to be more careful. “We have not changed anything for the six months whereas other countries are going in and out of lockdown” he added.

Infectious disease consultant, Professor Sam McConkey of Beaumont Hospital, said there needs to be a Covid plan for up to seven more years.

Living with Covid-19 community transmission is like having a tiger in your house – it will come back and bite you, he said. If it is not eliminated “we face multiple regular waves here, of infection, disease and death, and disability” for possibly many years.

Once there is an outbreak there should be testing and detailed contact tracing, pop-up testing and mobile teams.

Prof McConkey pointed to successes in Australia and New Zealand that should be adopted, with better control of incoming travellers using testing, home visits and quarantines.

There is not one single thing to do to stop the rise in cases, which if it continues will result in more deaths, he added.

There needs to be improvement in the quality and speed of what is being done already.

Within the EU, there should be a collective effort to get the whole group to aim for elimination.

It would mean areas gradually free of Covid-19 could be opened up. Finland, not Sweden, was held up as the European country to follow by Dr Tomás Ryan of the Institute of Neurosciences in Trinity College. He said there is no magic ingredient in Finland but they seem to be doing everything well, from mask wearing to physical distancing. He pointed out it has a sparser population than Ireland and possibly more compliance. “It is among the best-performing countries in Europe” he added.

Dr Ryan suggested blockages to foreign travel could be overcome with three-shot testing. Airline passengers would have a test before leaving and another test on arrival. This would entail a wait of around six hours at the airport. They would then self-isolate for a few days before a further test.

People in Ireland are not getting the kind of information they need on the location of outbreaks – whether they are in family homes, weddings or restaurants, said Professor Kirsten Schaffer, a microbiologist of the UCD School of Medicine.

If they did, restrictions would seem more logical and consistent, she added.

She pointed to Germany, where there is detailed tracing to find sources of infection. She said she asked public health officials here and was told they only checked what close contacts people had in the previous 48 hours. So it may not be clear whether the infection was picked up at a house party or restaurant. “I don’t have that information. The data is not there” she said. Without that information the interventions are too crude, she said.

Prof Schaffer said the issue around foreign travel has less to do with flights than on what people do on their holidays.

If they go to bars and nightclubs, they may be at risk. But if they go to a country for some sun, physically distance, wear their masks on holiday and on the plane, the risk may be lower than staying at home and going to a house party, she said.

Instead of a green list of countries, there should be a red list which would flag areas of high community transmission. Travellers from these countries should be followed up. Since masks became mandatory on planes there have been very few outbreaks associated with travel.”