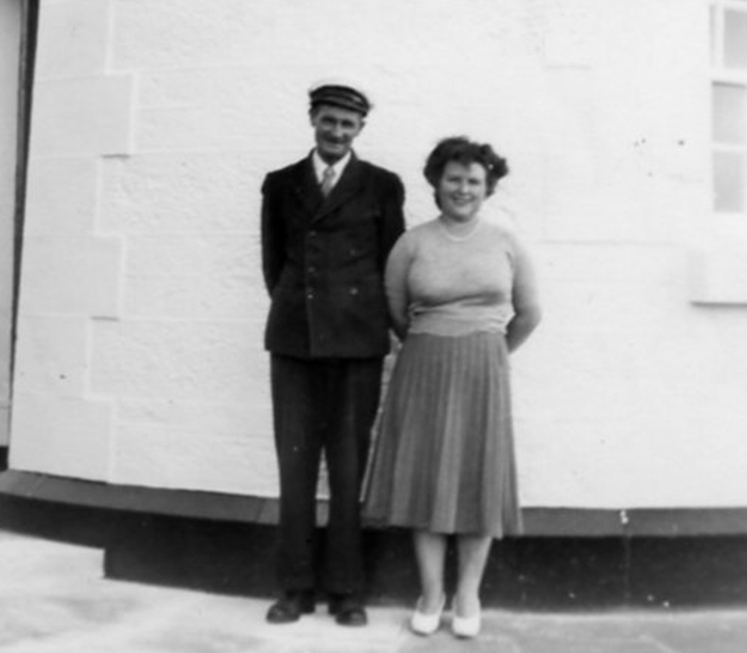 Rugged and romantic, many a love story has blossomed at an Irish lighthouse. Back in the manual lightkeeping days, large families were often stationed on-site with their lightkeeper father. Chance encounters between lightkeepers’ daughters and young relief keepers visiting the stations meant that love was often in that salty sea air.

The daughter of 19th-century keeper Hugh Redmond quite literally showed that love knows no bounds. She married her lightkeeping husband, assistant keeper to her father at one of the Maidens Lighthouses in County Antrim (not far from Great Lighthouse of Ireland – Blackhead), after courting via semaphore 800 yards across the water. Tactfully using this intricate signalling system – they were affectionately known as the Maidens Lovers – they also visited each other by boat when possible. According to a local memoir, the families fell out about the romance and eventually the couple eloped to Carrickfergus to get married!

On summer leave from her job in the Imperial Civil Service in London, another keeper’s daughter found a lighthouse love. During a trip home to Ferris Point Lighthouse, Elsie J. Nelson (who was actually born at Waterford’s Minehead Lighthouse) met and fell for her lightkeeping husband, Bobbie Nelson.

Love on the Horizon

Pauline Butler (née Fitzgerald), herself part of a lightkeeping dynasty, found love on Eagle Island in County Mayo, along the same beautiful seascape as island lighthouses Valentia and Clare. Pauline’s father was stationed there when she met a dashing young assistant keeper named Larry. Semaphore also played a part in this couple’s courting until Pauline’s father found out and sent her back to Dublin to continue her nursing career. But lovelorn Larry followed: “When I saw him – my heart nearly missed a beat.”

Larry proposed, the two eloped and went on to raise their 15 children across an array of Irish lighthouses. Pauline also became assistant keeper of Galley Head Lighthouse in 1969, and two of Larry and Pauline’s children continued the family tradition, becoming lightkeepers too.

Love at a lighthouse wasn’t without its difficulties though, especially if a lightkeeping husband was stationed offshore for weeks at a time. A poem from a 1970s edition of the Commissioners of Irish Lights’ magazine, Beam, shows just what life could be like for the wife left ashore:

“It’s off to bed alone for me,
My husband is tending the light,
Though wed I may be,
There’s no comfort for me,
No love, no affection, this night”

“Oh it’s there he must stay by night and by day,
Till the term of his duty is done…
For wedded I be, to a man of the sea,
Who is serving his fellows tonight.”

So you never know, on a trip to one of the Great Lighthouses of Ireland you might just meet your one and only. And if not, you’ll certainly be enamoured by the stunning seascapes and these romantic towers of light and love.