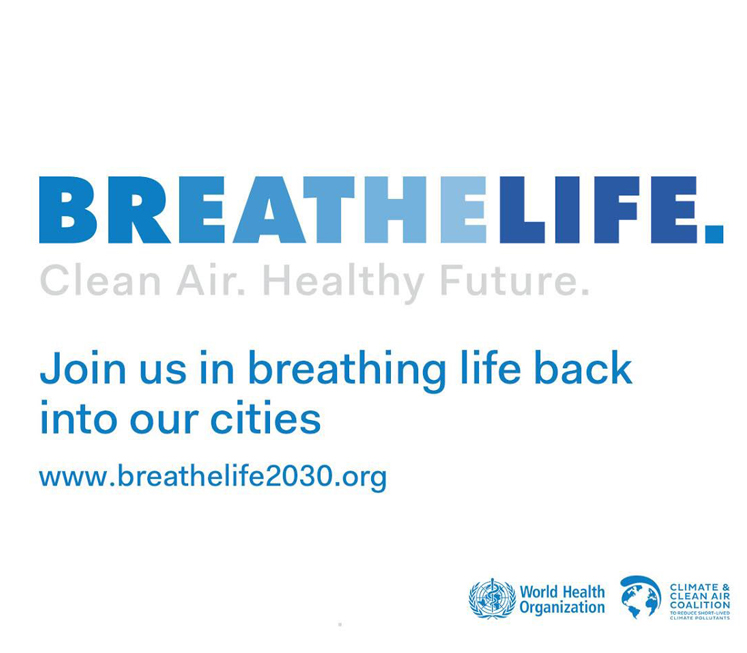 Dublin will today (Feb 17th) become the first Irish city to sign a commitment to meet WHO air quality guideline values by 2030.

In a rare joint pledge, the Deputy Lord Mayor of Dublin and the Mayors/Cathaoirligh of the other 3 Dublin local authorities will sign up to the BreatheLife campaign and call on all Dubliners to be ‘Climate Brave’.

By signing up to the campaign, Dublin will be joining 76 Cities, Regions, and Countries around the globe in demonstrating a commitment to bring air quality to safe levels by 2030 and collaborate on the clean air solutions that will help us get there faster.

The Deputy Lord Mayor of Dublin, Cllr. Tom Brabazon, is “calling on all Dubliners to be ‘Climate Brave’. Hitting the target in the BreatheLife campaign will involve difficult and potentially unpopular decisions. So we’ll all need to be brave if we’re to make the right decisions for our city.”

Immediately following the signing, the 4 signatories of the pledge will then take part in a landmark event at the Mansion House to identify how the combined resources engaged in climate change action, air quality management, and health protection can be harnessed to bring about meaningful improvement in the quality of life for all the citizens of Dublin.

The signatories believe that we need to allocate more road space to walking, cycling and public transport; move away from burning solid and fossil fuels to heat our homes; and make choosing the right choices simple and economically viable for everybody.

The Mayor of Fingal, Cllr. Eoghan O’ Brien, said: “We are seeing more of the impacts of climate change on our environment and the actions that are needed to tackle this crisis require the support of the entire community. We have already acted in Fingal to improve air quality with programs like the School Streets initiative which has already reduced carbon emissions outside of a primary school in Malahide.  I call on all residents in the Dublin region to be ‘Climate Brave’ as we implement similar programs and take the necessary decisions to reach the BreatheLife campaign targets.”

According to the World Health Organisation 92% of people around the world breathe air quality which falls short of the recommended guidelines.

An Cathaoirleach of Dún Laoghaire-Rathdown Cllr. Shay Brennan believes that, “Protecting the environment in our part of Dublin and mitigating our local impact on climate change has been a cornerstone of our policies in Dún Laoghaire-Rathdown in recent years, whether it is improving our biodiversity, moving toward eliminating pesticides use, constructing low energy usage buildings or expanding our EV fleet. Like the other cities involved in this important campaign, our Council will continue to promote policies, actions and behaviours that align with BreatheLife goals and improve the air quality for people who live and work in our area.”

There are 7 million deaths around the world every year from air pollution.

“By signing this commitment, Dublin is joining with cities and regions around the world in saying we want to be ‘Climate Brave’ and we want to set an example for others to follow. South Dublin County Council and the three other Dublin local authorities are working to meet the challenges of climate change through our climate action plans and this is an important next step. Dublin is the first city in Ireland to sign up to the BreatheLife campaign but I am sure that we won’t be the last,” said the Mayor of South Dublin County, Cllr Vicki Casserly.

According to climate activist Beth Doherty, “Solving this crisis will require large, brave leaps, not just steps, towards concrete climate action as a city. We need to target the key roots of the issue head-on, acting where it is needed most, improve sustainable infrastructure, and ensure that sustainability is accessible to all to ensure Dublin makes a just transition towards a brighter and cleaner future.”