Emergency Services sprung into action during the 1916 Rising

Dublin City Council recently bought a logbook from 1916 which sheds a new light on the ambulance service during this time. April 24th 1916 was the day of the Easter rising, a pivotal point in Irish history and the historical document gives an insight into the workings of the Dublin ambulance crew as it went on.

It began at noon and by 1.52pm Charles street had placed a call to Tara Street Ambulance crew needing an ambulance for wounded soldiers who were brought to Jervis Street Hospital. John Reilly from Rathfarnham became the first civilian to be attended to by Tara Street ambulance. He was picked up on Abbey Street and was described as “wounded in Stomack”. 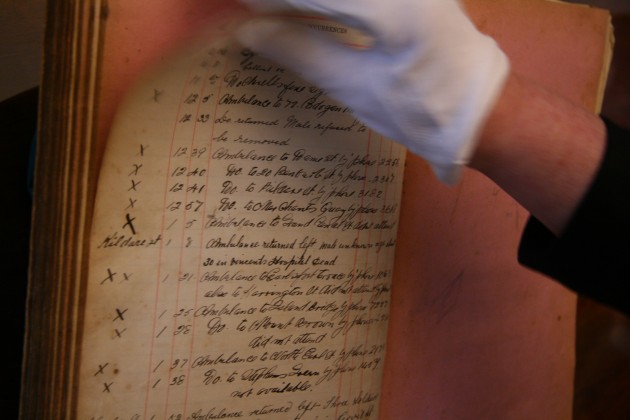 While 18 year old Alexandra Wilson of 23 North Brook Avenue became the first female casualty. She was taken in for a bruised shoulder struck by rifle on North Earl Street. The first child was 13 year old James Hoare of 26 North Cumberland Street who had cut his nose on falling plate glass.

Dublin city archivist, Dr Mary Clark, explained that Dublin City Council had original ownership over the document and it was part of the Dublin Fire Brigade collection. However in the 1930s, instructions were given for the DFB to hold onto only seven years of records and so the book went into the procession of a member of the fire brigade. It was then passed on to his family, who later decided to sell it and Dublin City Council decided to buy it back. Dr Clark says the book sheds some new light on the Rising:

“The 1916 Rising has been very carefully researched by so many different historians that I think it was generally believed that all the sources for the Rising had now been explored. But this is of course a brand new source which hasn’t been seen since it was created nearly 100 years ago.”

The ambulance service kept a daily record of every single call-out that they had. The logbook shows that on 24th April 1916, there were some staff members on leave. No one working knew what lay ahead. 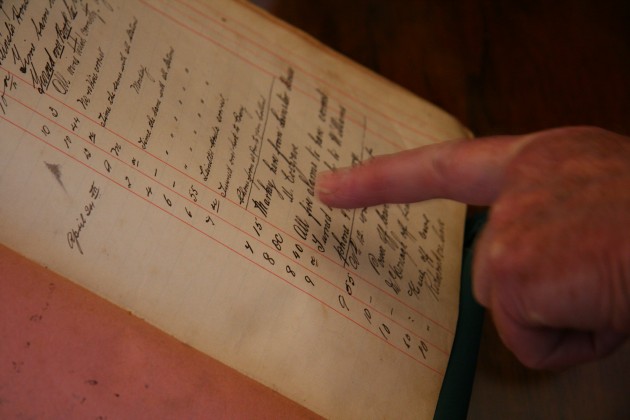 “The Rising starts at 12 noon and suddenly at half past 12 the phones were hopping. They did have phones then, which is surprising,So the ambulance service has to go out, and of course they don’t know there’s a rising. They are called out and when they get there they find there’s members of the public who are suffering from bullet wounds. And also soldiers, some of whom are dead.”

“It’s very immediate – it gives people a sense of almost being there,” she says.

“I can imagine being there, but you can imagine the articulation of whoever was writing into the book, they were doing it by fountain pen, and the phone ringing, and the mayhem. You just got a sense of reading there that you were in it. It’s the best piece of work that I’ve seen in relation to 1916 thus far. It’s so emotional.”

The logbook also shows that Guinness sent their in-house fire brigade to help with the fires that broke out.

Clark said that the book demonstrates the professionalism of the ambulance staff.

“They just kept on doing their job, no matter what. Which is remarkable,”

DCC plans on scanning the logbook and putting it online at DublinHeritage.ie. It is also hoped that the council will make contact with family members of those named in the book.

EMERGENCY SERVICES DRIVING STANDARD WILL BE ROLLED OUT SHORTLY