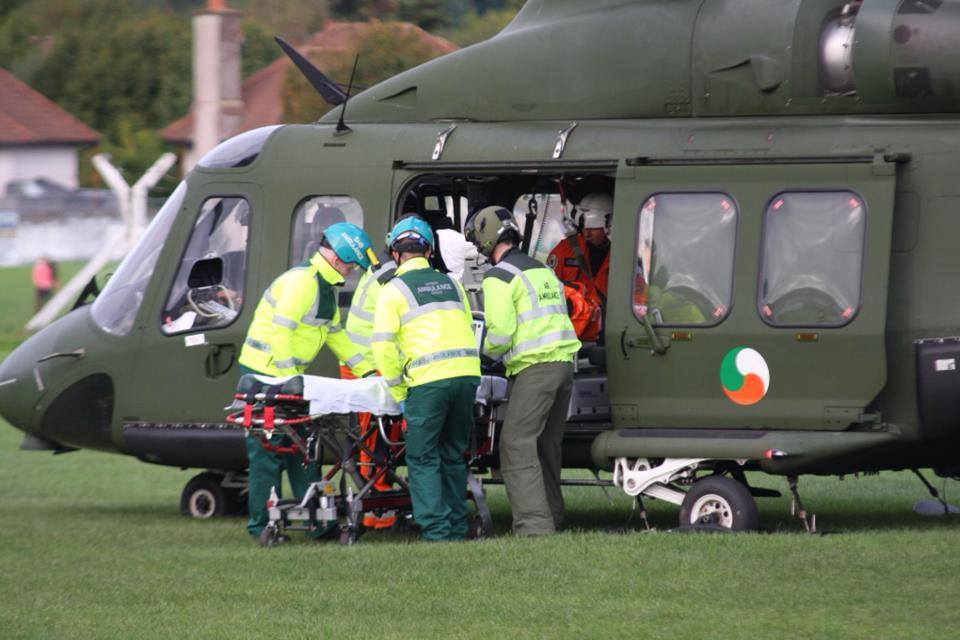 The Irish Air Corps carried out more than 300 Air Ambulance missions in 2018 with the more than half of those taking place in the west of Ireland.

The primary role of the Air Corps is to provide military air defence and support to the army, as well as providing support to organisations like the HSE and government departments under their remit as an aid to the civil power.

In the past year, some 310 dispatches from the Air Corp were required under the Emergency Aeromedical support (EAS) service, which has a particular responsibility to support seriously ill patients in rural communities. The service has been fully operational since 2014, using modified versions of both the EC135 and AW139 helipcopters.

The majority of missions took place in Western counties with 49 completed missions in Mayo, 36 in Galway, followed by 30 in Roscommon and 25 in Clare. On the other end of the spectrum, there was just one mission each carried out in Kildare and Kilkenny, and no EAS missions at all in 2018 in Dublin.

Following the establishment of the EAS programme in 2012, the Air Corps has completed 2,300 missions throughout the country, headquartered at Air Corps HQ in Baldonnel in Dublin and supported by a crew in Custume Barracks in Athlone.

Extreme weather events in 2018 also saw the Air Corps playing a major role , with military pilots mitigating the impact of events including Storm Emma and the severe drought experienced through the summer months. Some 900,000 litres of water were dropped on areas affected by wildfires in counties Dublin, Wicklow, Limerick, Tipperary and Wexford.as well as parts of Armagh and Down.

Minister of State with responsibility for Defence, John Kehoe said the support provided in Northern Ireland was a standout moment for the force this year. “These were unprecedented operations from our perspective and they are among many reasons why we are extremely proud of the work of the women and men of the Irish Air Corps.”