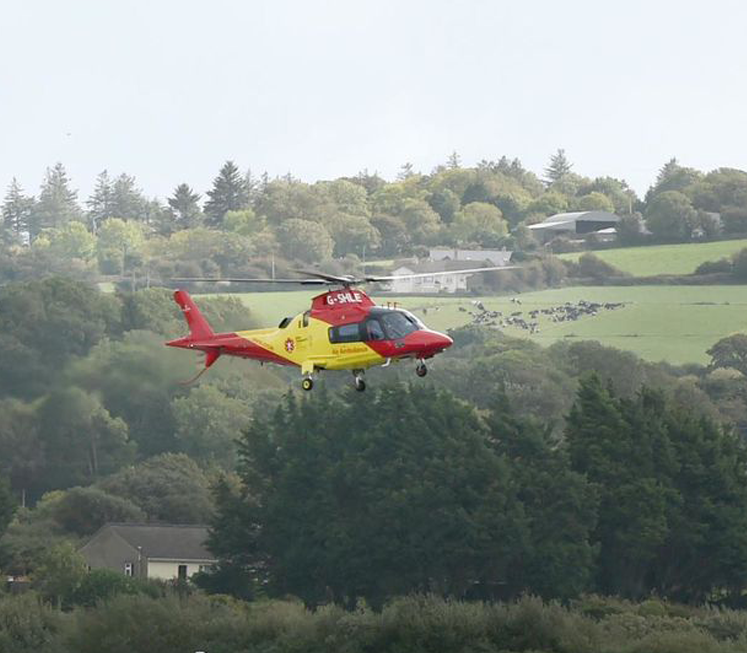 Ireland’s first community air ambulance service is set to take off before Christmas— but it won’t be a doctor-led service as had been anticipated and hoped for. The decision has been taken to launch the life-saving service with an advanced paramedic and an emergency medical technician (EMT) delivering the care. Training of the National Ambulance Service (NAS) staff is underway.

It has also been confirmed that the aircraft will be based at an airfield in north Cork, and not at Cork Airport, as had also been hoped for by those advocating for the service. The details were confirmed last week by Irish Community Rapid Response (ICRR) founder John Kearney, who has been working and lobbying for over a decade to launch a Helicopter Emergency Medical Service (HEMS) in Ireland.

Others who have long advocated for the service include the Mayo GP, Barrister and Politician Jerry Cowley. Mr Kearney’s pre-hospital care charity has a network of rapid response vehicles and volunteer doctors delivering a land-based emergency service around the country.

But the ambition has always been to launch a doctor-led air ambulance service similar to successful models across the UK and Europe. It was announced in July that a contract had been signed between ICRR and UK-based Sloane Helicopters to provide the aircraft for the service, after a massive fundraising drive for the service.

But Mr Kearney said presently it just wasn’t possible to launch a seven-day-a-week doctor-led HEMS. “Ultimately, that’s where we’d like to get to but we are aware of the shortage of doctors in the health system and we don’t want to take them away from the frontline. Hopefully, as this service builds, we will get to that point. But let’s get it up and running, and we’ll build on that,” he said.

Plans to base the service at Rathcoole Aerodrome, an Irish Aviation Authority-licensed airfield just northeast of Millstreet, are at an advanced stage. Its strategic location will mean the aircraft will be a 20-minute flight from the Dingle Peninsula to the west, Dungarvan to the east, or Crookhaven to the south.

Crucially, it will bring the population of a 10,000-sq mile area within half an hour of critical care. The new service is designed to complement existing emergency services including the Athlone-based emergency aeromedical service operated by the NAS and Irish Air Corps.

The ICRR service, which is anticipating up to 500 calls per year, is being supported by the HSE and Department of Health, will be tasked through the 999 or 112 emergency call system operated by the NAS at its National Emergency Operations Centre.