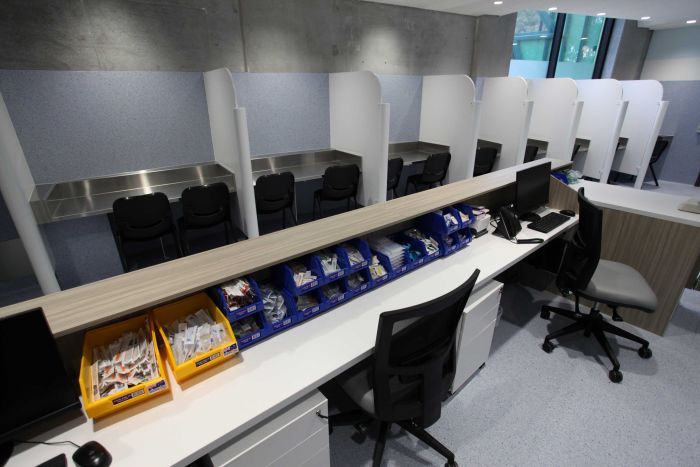 The planned new State-funded injecting centre for chronic heroin and cocaine addicts in Dublin’s inner city is to cater for around 60 addicts each day and is to open at 6.30 each morning.

Earlier this year, Merchants Quay Ireland won the tender from the Health Service Executive (HSE) to operate the Medically Supervised Injection Facility (MSIF) and the organisation has now lodged plans for the contentious facility with Dublin City Council.

The centre – which is the first of its kind in Ireland consisting of seven injecting rooms – is to be housed in the basement of Merchant’s Quay existing Riverbank building at 13/14 Merchants Quay.

The centre already provides a range of homeless, healthcare and drug services and the centre’s ‘Community Engagement &amp; Liaison Plan’ refers to the proximity of the centre to the school when it states: “We fully appreciate the concerns raised by staff and parents of children at St Audoen’s National School. No one wants children exposed to the sight of drug use and drug litter.

We believe that the MSIF can provide an effective response to the concerns raised. Research from abroad have shown a reduction in public injecting and drug litter.”

In the area comprising of the seven injecting booths, sterile injecting equipment will be distributed while resuscitation equipment will be located in this area and the individual injecting will be monitored in order to provide emergency care in case of overdoses or other adverse reactions.

The Operation Plan states: “Clients have to be possession of their own drugs, obtained elsewhere, before entering the facility and will not be permitted to obtain or share drugs with other clients while in the vicinity. Clients must inject themselves – staff will not be allowed to inject clients.”

Objectors to the development have until November 12th to lodge objections and already, the proposed facility has attracted two objections. Shane Cahill operates the Four Courts Hostel on Merchants Quay and has urged the Council to refuse planning permission.

In his objection, Mr Cahill states: “With the services being offered by MQI come a host of anti- social behaviour such as dealers working shifts along the quays on a 24 hour basis, beatings between them, assaults and muggings on the public, public vomiting/urine, defecation, delivery of drugs by car/taxi/bicycle to name but a fraction of the daily occurrences that we see in the area.

It is volatile to say the least. The area has become increasingly dangerous for the public and I believe that the area would be far safer if MQI not only found another suitable location for the MSIF but also reduced the current services that they offer.”

In a separate objection, Pat Coyne from Arran St East, Dublin said: “It is unacceptable that the possession of hard drugs will be allowed within a specified small radius of this centre without any sanction.”