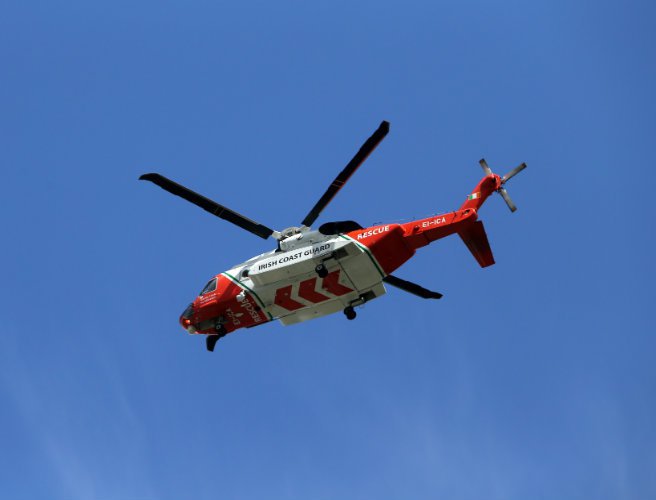 Air Accident Investigators probing the crash of Coast Guard helicopter Rescue 116 have signalled that wreckage from the aircraft shows marks “consistent with the tail” hitting rocky surfaces on Blackrock Island.

In a statement, the Air Accident Investigations Unit (AAIU) extended its sympathies to the families and friends of the crew of R116.

Chief Inspector Jurgen Whyte, in consultation with Investigator-in-Charge, Paul Farrell released a statement saying that the damage on the helicopter’s tail indicated it may have struck rocks.

However, they have yet to discover the reason the helicopter came down.

“A significant amount of wreckage has been recovered from the sea and this has been logged and will be brought to the AAIU wreckage facility in Gormanston, Co Meath, for detailed examination.”

Adding, “At this early stage in the investigation it is not possible to be definitive about the exact nature of damage to the recovered wreckage or indeed the circumstances of the accident. However, there appears to be marks on some of the recovered wreckage which are consistent with the tail of the aircraft contacting rocky surfaces on the Western end of Blackrock.”

Equipment aboard surface search vessels has detected a signal which is believed to be from the underwater locator beacon attached to the aircraft’s “Black Box”. This signal points toward an area which will be the focus of further, multi-agency investigation activities at the earliest opportunity, subject to weather.

The rescue helicopter has been missing since last week after going missing while preparing to refuel at Blacksod in Mayo.

The Dublin-based aircraft had been providing support for another Sligo-based coastguard helicopter during an overnight rescue mission.

Heartfelt tributes have been paid to the crew of the Coast Guard Helicopter R116 from across Irish society, on what is a very dark time for the family, friends and colleagues of the crew, and indeed the emergency services in Ireland