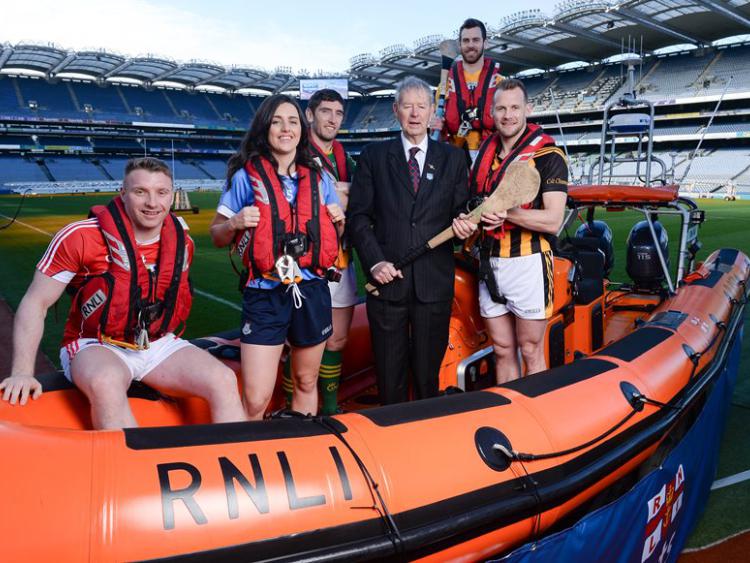 The RNLI and GAA have announced a new major partnership aimed at reducing the number of people who lose their lives through drowning in Ireland.

Each year an average of 28 people drown accidentally around the Irish coast.

The joint campaign ‘Respect the Water’ aims to halve coastal drowning by 2024 and the GAA will work with the charity to engage with clubs and communities, particularly on the coast, to provide information and support that could save lives.

The campaign will be supported through the GAA’s Healthy Clubs initiative and the wider club network. Many GAA clubs are based in coastal communities with 333 of them in a 10km radius of the 46 RNLI lifeboat stations in Ireland. Their location makes them ideally placed for sharing information and raising awareness of the causes of drowning and how to prevent it.

In announcing the partnership, the President of the GAA, Aogán Ó Fearghaíl said, “In the RNLI the GAA sees an organisation that mirrors its core values of community activity and volunteerism. We welcome the ‘Respect the Water’ campaign and its efforts to keep people safe all year round.”

RNLI Chief Executive, Paul Boissier, added, “Drowning devastates communities, but it’s often accepted as just part of life by the water. We believe that many of these deaths are preventable and we need to work with other organisations who, like us, want to keep their communities safe. Much like a lifeboat station, a GAA club is at the heart of community life. Sporting communities can play a major role in preventing deaths by drowning. Through their approach to the sport and their position in the community they are well placed to be lifesavers.”

Through the partnership the RNLI invited the GAA to their training college in Poole and to Portsmouth University, to meet cold water shock expert Professor Mike Tipton.

Four GAA athletes; Jackie Tyrell from Kilkenny, Lyndsey Davey from Dublin, Neil McManus from Antrim and Lee Chin from Wexford experienced what it was like to be plunged into cold water and see the effects of it on the body. The athletes, along with representatives of four coastal ‘GAA Healthy Clubs’ (Bray Emmets, Wicklow; St. Peter’s, Down; Achill, Mayo, and Castlehaven, Cork), also took part in rescue scenarios in specially created challenging weather and sea conditions.

The two organisations and their volunteers in local communities will work together to promote the campaign and share key safety messages and advice.

The Garda Reserve is taking on 300 more recruits