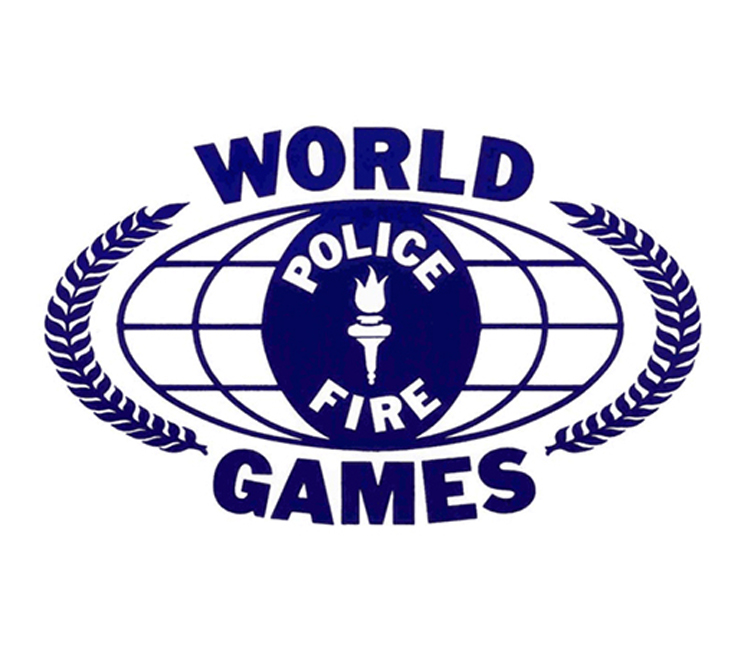 The WPFG is a biennial event for serving and retired police, fire,prison and border security officers, comprising a wide range of individual and team sports. The games were established in 1983 by the World Police & Fire Games Federation, based in San Diego, California. With the 2015 games scheduled for Fairfax County, Virginia on June 26 – July 5 next year, we look back on a memorable 2013 Northern Ireland Games and preview what should be a remarkable event.

The 2013 Games were an unqualified success for Belfast and Northern Ireland. It was a massive coup for Northern Ireland to win the right to stage the 2013 Games as it involved a very competitive process with numerous other cities bidding against Belfast. Indeed the 2013 event was the first time that the Games were hosted on the British Isles and only the third time in their 28 year history that they were hosted in Europe. A company (2013 World Police & Fire Games Ltd) was set up to deliver the event. It was overseen by a Board of Directors chaired by Deputy Chief Constable Judith Gillespie, including representatives from partner organisations including DCAL, PSNI, NIPS, NIFRS, Belfast City Council, NITB and Sport NI, plus three independent nominees.

The Games were also privileged to have Dame Mary Peters acting as its Patron. Dame Mary’s tireless support and enthusiasm helped raise the profile of the Games and gave it credibility locally with people who may never have heard of WPFG. The Games captured the imagination of the Northern Irish public and proved to be a massive success. Almost every event was open to the public and free of charge. This was widely promoted, and as a result there were unprecedented numbers of spectators attending the events. The ice hockey competition alone, which took place in the Odyssey Arena and Dundonald Ice Bowl, had over 50,000 spectators through the turnstiles.

The support of the local population, helped enormously by the fantastic enthusiasm of the WPFG volunteer team, helped generate an electric atmosphere at WPFG venues. The overall aim of the company set up to deliver the event was to host the ‘friendliest Games ever’ and this was achieved. In fact the President of the World Police & Fire Games Federation, Mike Graham, confirmed at the Closing Ceremony that in his opinion Belfast had not only hosted the friendliest Games, but had also delivered the best Games ever. At the closing ceremony Sports Minister Carál ní Chulain summed up the success of the games, saying: “The Closing Ceremony officially lowers the curtain on a remarkable ten days in the north.

It is appropriate to look back on an event the like of which we have never seen before. That we could host the World Police and Fire Games might have been unimaginable a few years ago. Yet we have confidently welcomed thousands of competitors from across the globe to join in a sporting spectacular. The Games have further opened the eyes of the world to the north, they have come and experienced the best of what we have to offer. In return, they brought a significant boost to business and tourism in Belfast and beyond. The event has also helped open our own eyes to what we can achieve when we work together. We promised the friendliest World Police and Fire Games. The result is Belfast buzzing with visitors and a Games played in the spirit of competition and camaraderie.”

She also added : “What the last ten days have done is reflect a vibrant, confident and forward-looking society. We invited the world to visit the north, thousands of people came and saw our best side – now they are heading home with fond memories. Everyone can be proud of the World Police and Fire Games 2013. It is a powerful example of what we can achieve when we work in partnership. As Minister I am pleased to acknowledge this and say thank you to all those involved. All that remains to be said now is best of luck to Fairfax for World Police and Fire Games 2015.”

The countdown to the 2015 event began during closing ceremonies of the Belfast World Police & Fire Games in August 2013 and now the official preparations for the 2015 games have swung into action.  On 4th October Fairfax 2015 officially launched their new overarching theme for next summer’s World Police & Fire Games. Titled “The Games of Heroes”, the campaign is designed to promote athlete registration and volunteer recruitment as well as to build overall awareness of the  Games.

Featuring actual fire and law enforcement athletes, the campaign also highlights six key values of these everyday heroes – Honor, Courage, Discipline, Integrity, Resolve and Fitness. The combination of all these elements serves to define the Games and its participants and how this event differs from all other sporting events. “’The Games of Heroes’ paints the most accurate picture possible of what will ultimately become one of the most prominent and dynamic sporting events to ever take place in the Washington metropolitan area,” said Fairfax 2015 President and CEO Bill Knight.

The theme, Knight says, will be integrated into every phase of the Games promotions and event branding – from advertising, collateral and signage to the game’s widespread and far-reaching online presence. “This new brand, and the related sub-themes, not only honors our commitment to the communities we serve, but also generates a true groundswell of excitement for the participants in the Games,” said Fairfax County Police Department 2nd Lieutenant Bruce Blechl, who also serves as Fairfax 2015 Vice President of Operations.

“The concepts of honour, courage, resolve, fitness, integrity and discipline play as much into both the everyday lives of police officers and fire-fighters as it does our training and preparation for the Games. Speaking for the entire family of first responders, these few words tell our stories perfectly.”

Already prominent on social media outlets, the theme has appeared on new corporate development material and athlete and volunteer recruitment collateral and signage. Fairfax 2015 is in discussion with various media outlets related to expanding the reach of the campaign via print and outdoor mediums. On Wednesday, October 1st at 12:00 PM individual and team registration officially opened for the 2015 World Police & Fire Games, set to unfold in Fairfax County and the National Capital Region from June 26 through July 5, 2015.

With 61 sports to be contested at 53 venues across ten days next summer, athletes from among the ranks of law enforcement and fire and rescue personnel from around the globe had the opportunity to stake their claim to a guaranteed slot within the competition.

“Registration is a critical milestone for our athletes and truly marks the start of the Games,” said Fairfax 2015 Chief Operating Officer DJ Mackovets. “The buzz and the chatter on social media and the Fairfax 2015 website have been enormous. We know that the moment registration opens, the action will be furious. We fully expect several sports to ‘sell-out’ in a matter of weeks.”

The urgency, Mackovets says, is legitimate. As the potential competitive field for several of the sports can be limited by venue size and available dates, once a field is filled, it’s filled. “Obviously, events such as cross country, swimming, half-marathon and several of the cycling sports could accommodate an unlimited number of participants, but you can only fit so many flag football, softball, volleyball and soccer teams into a venue and only field a limited number of weightlifters, wrist wrestlers and martial artists,” he said.

The Games are open to all active and retired sworn law enforcement and fire service personnel. More detailed eligibility guidelines as well as details related to rules; regulations and tournament formats are clearly defined online at www.Fairfax2015.com. Once open, registration will take place online exclusively at www.Fairfax2015.com. There is no pre-qualification necessary, no preliminary tournaments nor feeder events, and the Games are structured so as to provide a competitive balance for teams and individuals across all sports, with divisions specifically for beginners, intermediate and advanced participants.

“We strongly advise and encourage all interested parties to read and review the rules, regulations and requirements of each sport thoroughly, in advance of registration opening,” Mackovets says. “This way, they can pull the trigger quickly when the site goes live.”

EMERGENCY SERVICES DRIVING STANDARD WILL BE ROLLED OUT SHORTLY

All European cars to be installed with eCall emergency assistance