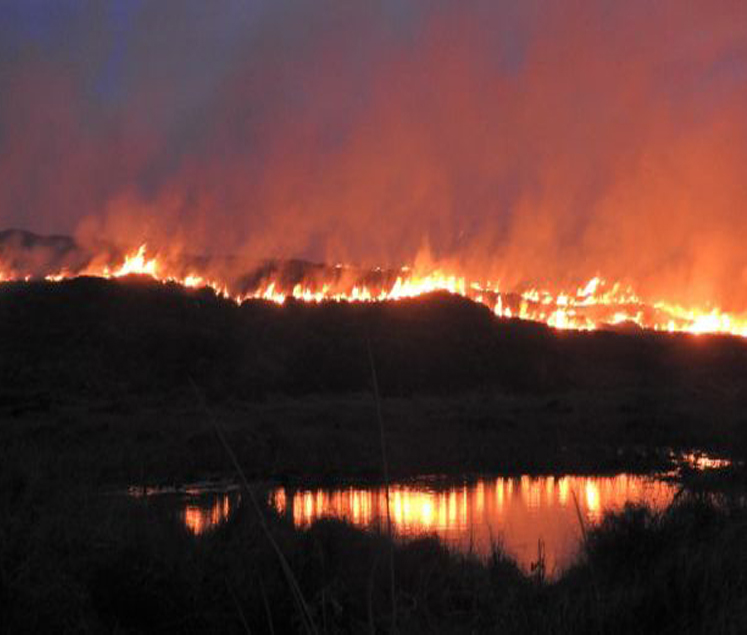 Landowners and the general public in County Clare are being asked not to partake in any outdoor burning during the warm weather period.

Clare County Fire and Rescue Service has warned that any outside burning can spread to private and State-owned forestry plantations and jeopardise the safety of dwellings and families living in rural areas.

This cautionary message follows after the Department of Agriculture’s recent Condition Orange-High Fire Risk notice from May 22nd to May 30th.

The Fire Service are reminding landowners that under Section 40 of the Wildlife Acts 1976 to 2012, cutting, grubbing, burning or destruction of vegetation is prohibited, with certain strict exemptions, from March 1st to August 31st during the nesting and breeding season for birds and wildlife.

Mr Kelly said if landowners adhered to the prohibition of burning growing vegetation in any year, on any land not then cultivated during this time “many costly and dangerous wildfires would be avoided”.

On the issue of backyard and uncontrolled burning, Mr. Kelly said:

“Uncontrolled burning can result in loss of life as well as damage to property. It is often mistakenly seen as a cheap method of managing waste and it is presumed not to be harmful to the environment, but nothing could be further from the truth.

“Controlled burning should follow the procedure of ensuring that any burning is pre-planned and takes place in a controlled fashion. The Fire Service must also be notified through the 999/112 system prior to any burning taking place.”