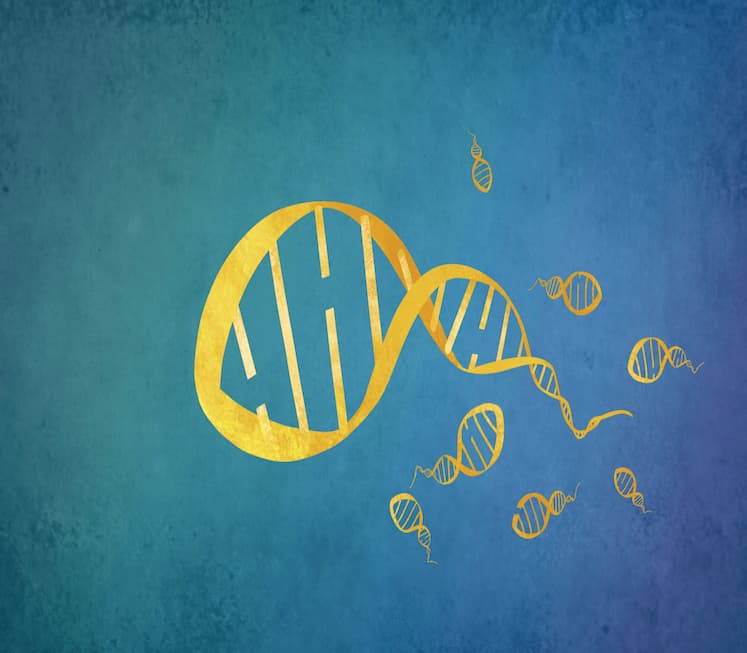 There is a pressing need for new male fertility tests. Unlike the many tests for female infertility and oocyte quality that advance each year, the same test for male infertility has been used since the 1950s. Whilst semen analysis provides important information about sperm production, it has limited diagnostic value for male infertility. This is evident from the fact that 25-30% of couples are diagnosed as ‘unexplained’, where no cause of infertility can be detected in either the male or female partner.

Over the last decade, sperm DNA fragmentation has emerged as a robust biomarker of male infertility. We used to think that the paternal genome did not affect early embryo quality. There is now compelling evidence that this thinking is incorrect. Sperm DNA plays a vital role in fertilization, early embryo development and implantation in both natural and assisted reproduction. If sperm DNA is badly damaged, success at every fertility checkpoint is impaired. Examen research shows that sperm from fertile men have low levels of DNA fragmentation compared to sperm from infertile men (Figures 1 and 2). We have also shown that over 80% of men or couples with idiopathic infertility have levels of sperm DNA fragmentation above the fertile range (Figures 3 and 4).

Examen research has shown that IVF live birth rates decrease sharply and steadily as the level of sperm DNA fragmentation increases (Figure 5). Our latest data shows that ICSI live birth rates are also impaired as sperm DNA fragmentation increases, but the impact is less than with IVF (Figure 6). This is thought to be due to the egg’s capacity to repair some of the sperm DNA damage post fertilization. New research from the USA and Spain shows that it is possible to retrieve sperm with lower levels of DNA damage from a testicular biopsy. Using testicular sperm in ICSI leads to higher success rates and at a lower cost. Understanding a man’s sperm DNA quality is therefore an important part of treatment selection and use of ejaculated versus testicular sperm.

Recent meta analyses have shown that sperm DNA fragmentation doubles the likelihood of miscarriage. Good sperm DNA quality is essential for the normal functioning of paternal genes and the early development of the embryo and foetus, so it is not surprising that good quality sperm DNA is also needed to maintain a healthy pregnancy

Original article appeared on the https://examenlab.com/healthcare-professionals/sperm-dna-fragmentation/, website. Examen is a world leader in male fertility testing, based on its heritage of over 25 years in male reproductive health and fertility treatment research. They specialise in measuring sperm DNA fragmentation (known as sperm DNA damage) to help predict the likelihood of conception, miscarriage and the success of fertility treatment.