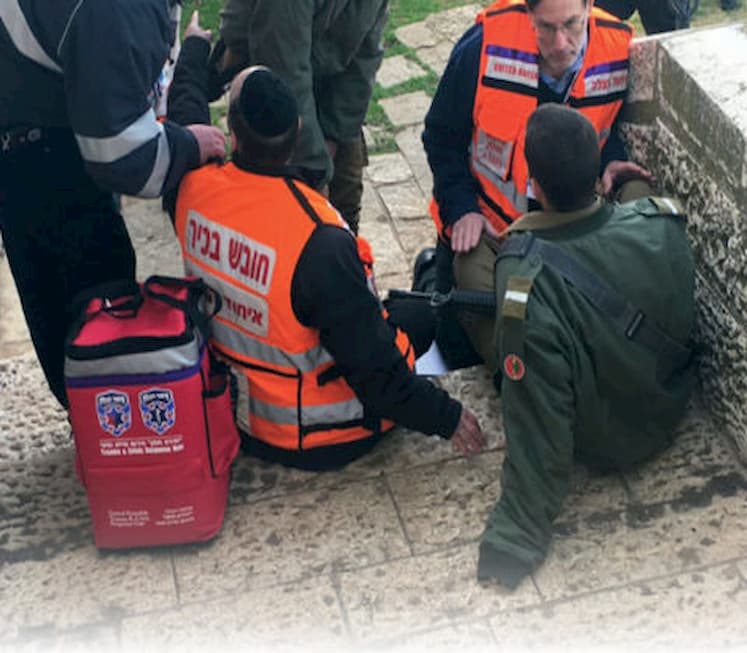 It’s the hope of every EMS agency around the world to provide fast and professional treatment to those in need of medical attention. In Israel, emergency situations such as terror attacks, multi-casualty vehicle collisions and even the threat of war are daily occurrences. Because of this, Israel’s emergency response teams must always be at the forefront of innovative medical treatments and technologies that allow EMS providers to respond faster and be more effective in the field.

A geographically small country, with a continuous flow of information and personnel between military and civilian spheres of EMS, Israel is perfectly positioned to develop new medical methodologies and technologies that allow for faster and more efficient treatment of patients. The need certainly exists, and, as the adage goes, “necessity is the mother of invention.”

Israel continues to develop technology and equipment that are used by first responders around the world, and the benefits of Israeli innovations are being experienced globally. This article highlights those advances and innovations.

Most Israelis serve in the military for a mandatory period of time, and then continue to serve at least once a year in reserve duty. Reserve duty can include as many as five different deployments per year, depending on a person’s rank and position. Because of this, there’s ongoing crossover between the military and civilian arenas. Often, what a person learns in one area is applicable in both.

The country faces ongoing threats on three of its five borders, as well as significant terror threats, which means that medical treatment of civilian and military personnel takes place both in the field and in hospitals.

While military medics are trying to solve the problems they’re faced with in the field, civilian medics are doing the same in hospitals. With the constant flow of personnel between civilian and military sectors, technological advancements are quickly developed and transferred to other facilities and field units.

The joint drills train military medics to respond to civilian-style casualties. Civilian medics receive training in the use of vehicles and aircraft in evacuations and treating injuries caused by military-grade weapons. Both civilian and military medics learn how the other coordinates operations so that both can make improvements to their systems.

After receiving training, EMS personnel are able to effectively enter warm and hot zones with their law enforcement and military colleagues. The coordination and cooperation among response agencies is invaluable, and pays dividends in mass casualty incidents (MCIs) and terrorist situations.

The continuous threat of terrorist attacks on civilians, and the pain caused by them, have built a resiliency within the populace. However, these ever-present threats also demand immediate EMS response to MCIs.

Volunteers often arrive on scene at a terror attack so quickly that they begin treating victims while there’s still an active shooter. Although training courses stress that the safety of the responder comes first, there have been many instances in which responders risk everything to save the lives of others.

Law enforcement agencies, aware of the need to respond quickly, often provide a protective barrier around the EMS providers if there’s a threat that hasn’t been neutralized.

An environment like this requires close cooperation between EMS, law enforcement and the military. This has allowed for the development and implementation of efficient techniques that hasten operations under disaster- like conditions, ranging from a unique style of triage to the creation of a psychotrauma unit that treats victims at the scene of traumatic incidents. These innovations have put Israel on the cutting edge of EMS civilian care.

The psychotrauma unit’s aim is to stabilize the patient at the location of the trauma, whether it be a terror attack or a crib death, to help the patient deal with the realities of their new situation and prevent or manage the onset of psychological shock.

United Hatzalah’s psychotrauma unit is comprised of volunteers, many of whom are psychologists and social workers. Volunteers must complete a specialized psychotrauma enrichment course on how to best approach and stabilize a patient in the immediate aftermath of a traumatic event.

The unit is divided into a two-tiered system of care. The first tier consists of trained psychological professionals who provide a higher level of treatment, akin to a psychological version of ALS. At the second tier, EMTs who have taken a basic course treat patients at traumatic scenes, similar to BLS medical treatment.

Currently, the unit has a goal of training an additional 150 volunteer responders to be able to provide coverage on a national basis. Police, fire and rescue services, as well as the various EMS services in Israel, now look to United Hatzalah’s psychotrauma unit to treat patients and bystanders on scene that go into psychological shock.

During their joint drills, civilian medics receive training in the use of vehicles and aircraft in evacuations as well as treating injuries caused by military-grade weapons.

Perhaps the most important high-tech EMS innovation to be used in Israel to date is the Nowforce smartphone application. The application is used by United Hatzalah to locate and dispatch the responders in closest proximity, and with the proper level of EMS training, to a medical emergency.

Nowforce was created and implemented in 2007, and is considered the “Uber of EMS.” Other similar applications include PulsePoint, which locates the precise location of every nearby defibrillator, and Reporty, which shortens emergency response times by using the community to report emergencies, no matter their location.

United Hatzalah’s psychotrauma unit is comprised of volunteers, many of whom are psychologists and social workers.

With a geographic size and population comparable to the state of New Jersey, Israel is one of the smallest countries on earth, and certainly in the Western world—and it’s Israel’s size, which has allowed it to become an innovator in the field of EMS. In an emergency, regardless of where one is in the country, there’s a high probability that the person you’ll be helping is one of your family members, a neighbor, a friend—or even yourself.

Innovation is viewed as one of Israel’s major exports, and the field of medical innovation is often at the top of that list. The government promotes innovation on a direct level in educational settings (e.g., schools, pre-collegiate academies and social institutions) and through compulsory military service. These two melting pots of Israeli society create a heightened sense of community, and have resulted in a hotbed of medical innovation.

Innovative Devices Created in Israel & Used Around the World

Israeli EMS teams need to treat patients more effectively and efficiently and have developed devices that do just that. These advancements allow EMS personnel to get around hot zones faster and depart once they’re no longer needed. They allow providers to treat trauma victims faster, while also providing the highest quality of care.

People in Israel think inside the box by asking, “What do I already have that I can use to make our situation better?” If there’s no current solution, they build or create one. This is what people must do when their home is also on the front line of a conflict.

Many of the innovations created in Israel have been distributed to other countries and have been helping save lives worldwide. The more notable inventions include the following:

The Israeli bandage, also known as “the emergency bandage” is used to stop bleeding from hemorrhagic wounds caused by traumatic injuries. The bandage was invented by an Israeli military medic, Bernard Bar-Natan, and was first used to save lives during NATO peacekeeping operations in Bosnia and Herzegovina. Subsequently, the bandages were also used during Operations Enduring Freedom and Iraqi Freedom.

The emergency bandages were nicknamed “Israeli bandage,” by American soldiers, and have been the bandages of choice for the U.S. Army. They were also included in EMS providers’ response kits and first responder individual first aid kits (IFAKs) at the 2011 shooting in Tucson, Ariz., and were used to treat several victims.

Intraosseous (IO) infusion is the process of injecting IV fluids and medications directly into the marrow of a bone to provide a non-collapsible entry point into the systemic venous system.

IO infusions are used when IV access is either not available or not feasible, and have proven to be a valuable addition to prehospital care. A comparison of various routes of administration concluded that the IO route is demonstrably superior to intramuscular (IM) administration and comparable to IV administration.1

The newest version of the BIG, the NEO, is an enhanced version of the original BIG that’s streamlined and easier to use. It presents an easy and safe “position and press” mechanism and is used by military and civilian healthcare systems around the globe.

MyMDband is a durable bracelet that provides medical personnel with instant access to an individual’s emergency medical information via a personalized QR code, a matrix barcode or a two-dimensional barcode.

The HIPAA-compliant band was originally invented to enable medical responders to gain information on patients who couldn’t speak, or couldn’t speak the same language as the EMS provider.

The band’s technology allows EMS providers to quickly gain access to a person’s medical history, allergies and ailments. It works anytime, anywhere and is secure, ensuring that only providers and medical professionals can access the information.

MyMDFile displays the patient’s medical information in the local language, regardless of where the person is travelling, so that EMS and medical responders will be able to understand the person’s medical history rapidly.

The Pocket BVM (bag-valve mask) allows the user to cut down on carrying space in a medical bag or MCI cache while still delivering effective airway rescue. The Pocket BVM delivers 500–600 mL of oxygen in one squeeze and is also faster to use and connect than a regular BVM system.

It’s a disposable, collapsible, silicon resuscitator that reduces cubic carrying space by up to 75%. It never loses its shape, and can withstand extreme or unconventional storage conditions, making it perfect for military application that requires smaller and more compact devices.

In addition to these medical and technology devices, Israel is noted for many other health innovations that go beyond the EMS sphere. Some of the more well-known advancements include:

>>IceCure Medical’s IceSense3, which has been used by doctors in the U.S. since 2011 to remove benign breast lumps in an ultrasound-guided procedure;

>>NanoPass Technologies’ MicronJet, a single-use needle for painless delivery of vaccines into the skin using semiconductor technology; and

>>VitalGo Systems’ Total Lift bed, a hospital-grade bed that can elevate a patient from a supine to a fully standing position.

Original article appeared on the https://www.jems.com/2017/12/31/israeli-ems-innovations/, websit. JEMS (Journal of Emergency Medical Services) and EMS Today: The JEMS Conference and Exposition are committed to being the leading providers of information for the improvement of patient care in the prehospital setting. 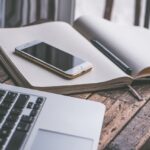 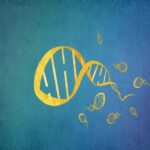