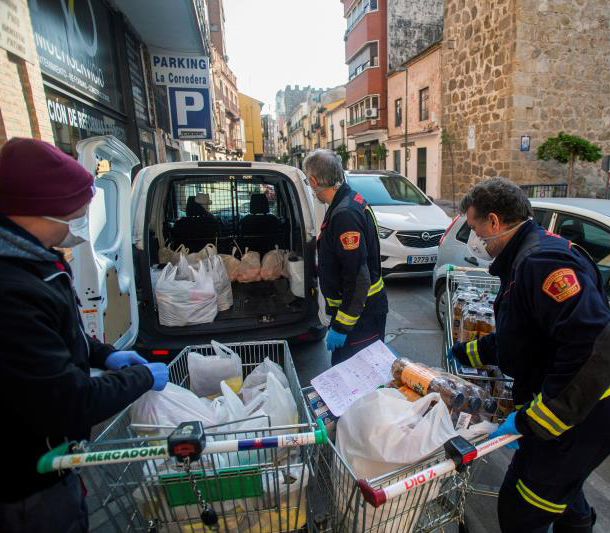 The number of Covid-19 related deaths in Spain jumped by 738 in the last 24 hours as the country surpassed China to become the second-deadliest global hotspot in the pandemic after Italy.

Health officials said Wednesday that 3,434 people had died from the virus in Spain since the beginning of the outbreak, more than the 3,281 reported by China, where Covid-19 first emerged late last year, while Italy remains the deadliest with more than 6,500 fatalities.

A total of 47,610 confirmed cases – roughly 38,000 active – means Spain has a nationwide fatality rate of around 7.2 percent. New cases rose by 20 percent since the previous day.

According to Fernando Simón, the head of the country’s emergency public health department, the fatality ratio has leveled out in recent days and figures seem to indicate that Spain is approaching a peak in coronavirus cases.

“If we are not already at the peak, then we are close,” he said in his daily briefing.

The new figures were released halfway through a crucial week for Spain as authorities monitor whether a draconian national lockdown adopted 11 days ago has led to a flattening of the curve of new infections.

But concerns have been raised over the welfare of the country’s health care workers after figures showed that they accounted for more than 13 percent of Covid-19 cases in Spain, an issue the government has put down to difficulties accessing a highly competitive market for protective gear and equipment.

The Spanish health minister, Salvador Illa, on Wednesday announced a new deal with China for the provision of hundreds of millions of medical items.

He said the deal would see Spain receive 550 million masks – only six million have been distributed in the first 10 days of the health crisis so far – 5.5 million rapid testing kits and 11 million pairs of gloves over the next four to eight weeks.

“The supply is going to be weekly, in a staggered manner. The first will be done at the end of this week,” he told a press conference. “Additionally, the Spanish government is implementing the domestic production of all these items.”

The number of ventilators included in the deal for those being monitored in ICU is substantially less, with 950 expected to be delivered between April and June.

“We need more and we are making efforts to secure them, more than anything to produce them on Spanish soil.

The contract with China, valued at 432 million euros ($466m), came after a phone conversation between the Spanish prime minister, Pedro Sanchez, and the Chinese president, Xi Jinping.

A Madrid judge on Wednesday ruled that the local health ministry had a “legal obligation” to protect health workers in the capital and gave a 24 hours deadline to provide them with enough equipment, following a complaint from the AMYTS medical union.

A similar case from the national CESM medical union was denied by the Supreme Court.

The head of the European Commission, Ursula von der Leyen, announced Wednesday that an order of protective gloves, masks and overalls secured by the European Union would be delivered to Spanish hospitals in two weeks.

She added that Spain could be eligible for 11 billion euros from the bloc’s emergency coronavirus fund and that 20 billion euros had already been approved to help protect small businesses and the unemployed.

The immediate effect of the coronavirus pandemic on Spain’s employment figures, between those who have lost jobs and those now unable to work, will be released as usual at the end of the month.

Social security minister, José Luis Escribá, said the government was studying a basic living wage to those affected by this crisis.

Spanish lawmakers are on Wednesday set to vote on the extension of the country’s state of alarm by two weeks, meaning some 47 million Spaniards could be kept housebound until at least mid-April.