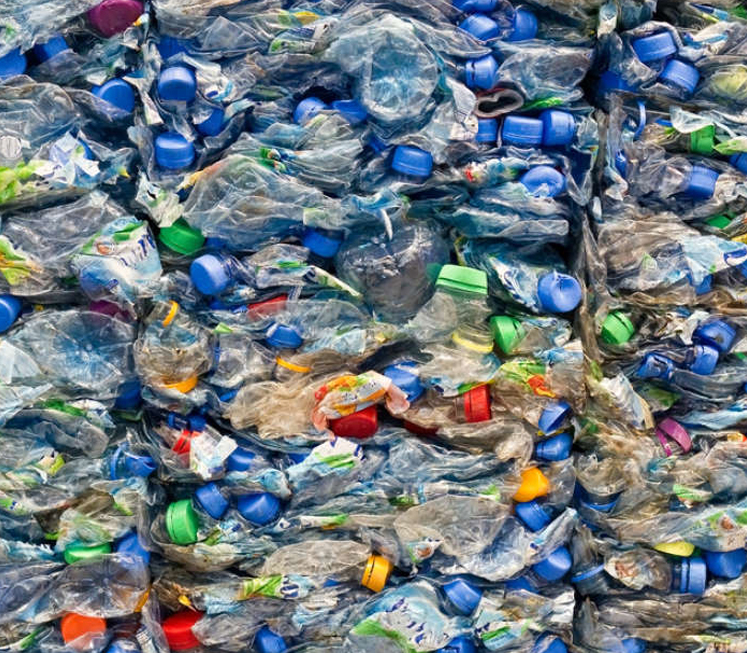 Just two years ago, researchers stumbled across a mutant plastic-eating bacteria that had evolved in a Japanese trash dump. Now, scientists have harnessed the potential of this bacteria’s superpowers by accidentally creating an enzyme that’s able to digest commonly polluting plastics even more effectively, while studying it.

The incredible enzyme could be used as a future solution to the millions of tonnes of plastic that enters the world’s oceans each year, which currently remain in the environment without breaking down for hundreds of years.

“Few could have predicted that since plastics became popular in the 1960s huge plastic waste patches would be found floating in oceans, or washed up on once pristine beaches all over the world,” said Professor John McGeehan, Director of the Institute of Biological and Biomedical Sciences at the University of Portsmouth.

“We can all play a significant part in dealing with the plastic problem, but the scientific community who ultimately created these ‘wonder-materials’, must now use all the technology at their disposal to develop real solutions.”

The researchers from Portsmouth and the US National Renewable Energy Laboratory were actually examining the structure of the original Japanese bacteria’s enzyme, but they inadvertently engineered an enzyme that was even better at breaking down plastics. Not bad as mistakes go.

“Serendipity often plays a significant role in fundamental scientific research and our discovery here is no exception,” Professor McGeehan said.

“Although the improvement is modest, this unanticipated discovery suggests that there is room to further improve these enzymes, moving us closer to a recycling solution for the ever-growing mountain of discarded plastics.”

The enzyme, catchily known as Ideonella sakaiensis 201-F6, is able to effectively break down polyethylene terephthalate (PET), a prolific form of plastic that’s regularly used to make plastic drinks bottles and food packaging and is notoriously difficult to break down. It can also eat away at polyethylene furandicarboxylate (PEF), an increasingly common substitute for PET plastics that is often used as a replacement for glass beer bottles.

In the meantime. the world continues to churn out 311 million tonnes (343 million tons) of plastic every year. By 2050, plastic waste in the oceans is expected to outweigh fish. There are no easy answers, but novel solutions such as this are offering a glimmer of hope in our mammoth battle ahead against plastic pollution

“The engineering process is much the same as for enzymes currently being used in bio-washing detergents and in the manufacture of biofuels,” Professor McGeehan said. “[T]he technology exists and it’s well within the possibility that in the coming years we will see an industrially viable process to turn PET and potentially other substrates like PEF, PLA, and PBS, back into their original building blocks so that they can be sustainably recycled.”