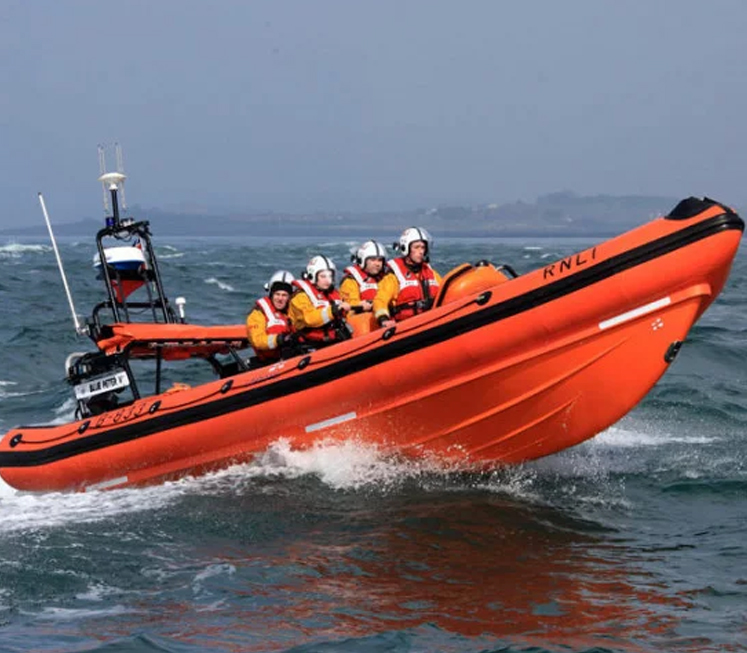 On Saturday, volunteer responders from the Valentia Island Royal National Lifeboat Institution (RNLI) came to the aid of a fisherman who sustained possible spinal injuries when his vessel collided with a freighter.

At 0117 hours, the Valentia Coast Guard station requested Valentia RNLI all-weather lifeboat to assist an injured fisherman on board a 120-foot fishing vessel. The vessel, with nine people on board, was involved in a collision with a 750-foot cargo ship at a position about 35 nm NW of Valentia Island, just off the southwestern tip of Ireland.

On scene, there was a 12-foot swell with a southwest wind of force three to four. The lifeboat crew members assessed the situation, taking into to consideration the condition of the fisherman and the weather. They decided that the best and safest option was to escort the fishing vessel to Dingle Harbour.

Upon arrival, the crew helped the National Ambulance Service in immobilizing and transferring the fisherman from the vessel to the ambulance. The fisherman was taken to University Hospital Kerry for further medical attention. In total, the volunteer crew were at sea for seven hours.

“The fishing vessel made the right decision in calling for help to ensure the casualty received the proper medical treatment,” said Valentia RNLI Coxswain Richard Quigley in a statement.

The RNLI did not identify the vessels involved in the casualty.

The Royal National Lifeboat Institution is a charitable, non-profit lifesaving force with rescue boats located around the UK and Ireland. Its volunteers and full-time lifeguards have been saving seafarers in UK waters for nearly 200 years.