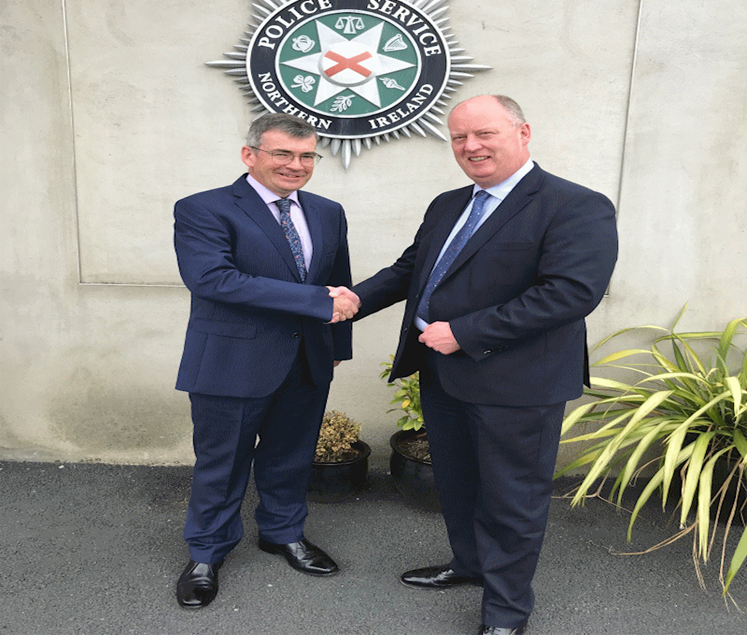 In an announcement, the PSNI’s Deputy Chief Constable Drew Harris has been appointed as the new Garda Commissioner for the next five years.

Minister for Justice and Equality Charlie Flanagan, whom made the announcement, has said Mr Harris takes up office at a time of major reform and investment which will redefine An Garda Síochána as an organisation.

Mr Harris is to take up his new post in September. Until then, Acting Commissioner Dónall Ó Cualáin will continue to lead An Garda Síochána and has notified the Minister of his intention to retire at that time.

Minister Flanagan described Ó Cualáin as being “a steady hand at the tiller in difficult times for the organisation ably supported by Deputy Commissioner John Twomey”.

Welcoming the Government’s decision, the Chairperson of the Policing Authority, Josephine Feehily said:

“The process for selecting and nominating a person to Government for appointment as the next Garda Commissioner was comprehensive and thorough, as befits the significance of the position.

“It was very heartening for the Authority that very many candidates, both internal and external, presented themselves for consideration for such an important role.”

“In his 34 years as a police officer in both the RUCGC and the PSNI, Drew Harris has been driven by a commitment to protect the most vulnerable in our community.

“I have no doubt that this will continue to be his ambition as Garda Commissioner. He is a man of unfathomable strength, humility and grace and I have been privileged to have him serve as my Deputy Chief Constable for almost four years.

“I wish him every success and look forward to working with him as Commissioner.”

AA Ireland Issues Warning For Motorists During The Hot Weather