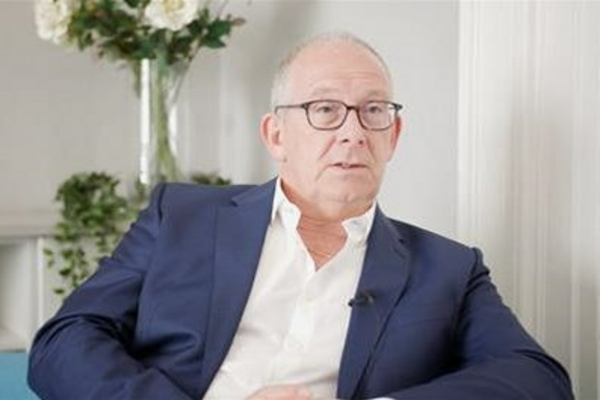 The Irish Hospital Consultants Association (IHCA) has warned of mounting delays for people waiting for planned Gynaecology care as a result of competition between services for scarce capacity and resources.

Professor Sam Coulter-Smith, a Consultant Obstetrician and Gynaecologist at the Rotunda Hospital, has said the Covid-19 pandemic over the past two years has led to a ‘perfect storm‘, exacerbating existing constraints caused by increased demand, ageing facilities, insufficient capacity and long-standing recruitment challenges.

He said, “we’ve had increased demand for Gynaecology services, while levels of anxiety and stress have increased, and referrals to hospitals have increased. At the same time, we have been unable to provide the same level of service that we would like to because we have had staff shortages.”

Speaking on behalf of the IHCA as part of its Care Can’t Wait campaign, Prof Coulter-Smith explains what this has meant for staff and patients.

In many Irish hospitals, Obstetrics and Gynaecology are competing for scarce resources, and with space at a premium, patients are facing a trade-off between those waiting for planned procedures and those needing urgent care.

Prof Coulter-Smith continued, “Obstetrics and Gynaecology is one specialty, delivered by mostly the same people within the same institutions. With the increasing number of Obstetric patients, Gynaecology takes second place, as demand-led Obstetrics services take precedence. That’s when you can see delays happen.”

“This has an impact on staff morale. When you put that together with the fact that many of our institutions are old and not fit for purpose, and with pay levels that are inequitable, it has a very significant effect on the service and our ability to attract and retain our staff.”

Around 10-20% of women attending a Gynaecology service will require surgical intervention, either to assess, diagnose or treat a condition. The competing demands for Obstetrics and Gynaecology can lead to long waiting lists for those requiring planned surgical care, which Prof Coulter-Smith says risks leading to delays in cancer investigations or leaving patients to live with painful conditions.

“The majority of gynaecological cancers start by going through benign gynae services – that’s where they are assessed and diagnosed. The pandemic saw the postponement of a lot of these services leading to referrals without a patient being seen in person, as well as people not being able to attend appointments due to Covid. So between this and the existing waiting lists, there is now a ripple effect of delays meaning it is taking some patients up to 6 or 8 months to get assessed. This can be an issue especially if gynaecological cancer is present, as delays to treatment can reduce the prognosis for that patient.”

Alongside the potential for missed early cancer diagnoses, conditions such as endometriosis, uterine fibroids or ovarian cysts can take longer to diagnose and commence treatment, meaning many women face having to live with debilitating pain for months or even years.

Budget 2022 saw €5.3 million committed to enhancing gynaecology services, including the expansion of ‘see and treat’ Gynaecology clinics, specialist menopause clinics, and specialist endometriosis services – but without adequate Consultant staffing, some of these services may face challenges in getting off the ground.

Prof Coulter-Smith says increasing these ‘see and treat’ Gynaecology services can have a significant impact on waiting lists and wait times, stating, “in the Rotunda, we have a new ambulatory Gynaecology centre, which has been revamped to provide a gynae service, with day case hysteroscopy, clinics that allow patients to come and go without anaesthetic, have their investigation and possibly their treatment as well. That has taken some of the patients that would originally have gone to theatre and treated them on an outpatient basis. That’s the sort of thing that will significantly help to reduce the waiting lists for gynae theatre – however, you need the space to develop that, and you need the staff to do it as well.”

Prof Coulter-Smith explains, “the bigger teaching hospitals probably find it easier to recruit staff, because that’s where most people want to come to work. The smaller hospitals around the country, where there’s a more general service and there isn’t the same level of sub-specialisation, find it increasingly difficult to recruit and retain staff.”

“What we’ve done within Obstetrics and Gynaecology at the Rotunda is create a ‘hub and spoke’ model, where we’ve co-located specialists in bigger hospitals, with smaller, regional hospitals giving them dedicated sessions or clinic time with patients in both areas so everyone can have access to sub-specialist services. That’s worked quite well and is something that could be replicated where appropriate.”

Meanwhile, talks on hospital Consultant contracts have stalled since December 2021, despite calls from the IHCA urging the Minister for Health to agree a replacement Independent Chair with the representative organisations to oversee what is an urgent and critical process towards addressing the root causes of the Consultant staffing crisis – including ending the ongoing pay discrimination faced by Consultants contracted after 2012.