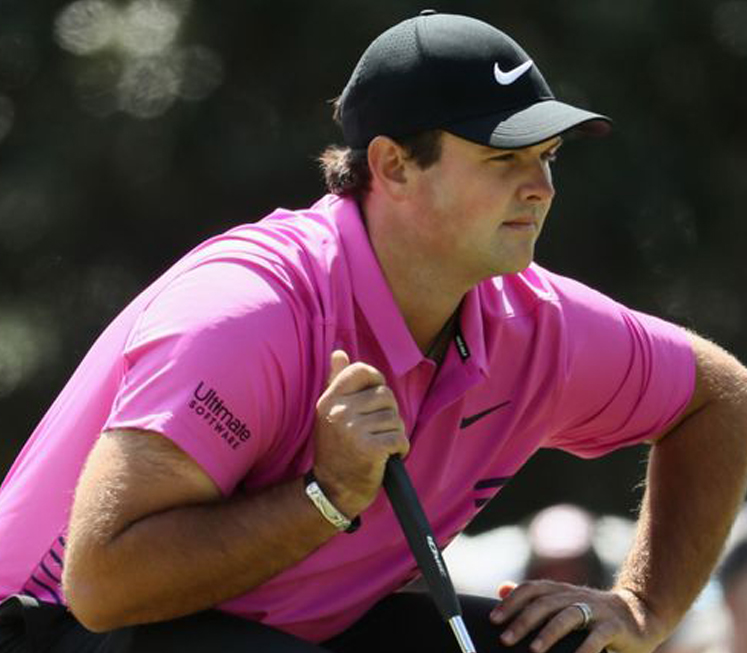 Patrick Reed felt he had been rewarded for sticking to his game-plan and maintaining his self-belief as he claimed his first major victory with a one-shot win over Rickie Fowler at the Masters.

The 27-year-old American started the final round with a three-shot advantage and kept his nose in front for virtually the whole day as he fought off the challenges of Rory McIlroy, Jordan Spieth and Rickie Fowler. Reed closed with a one-under 71 to finish on 15 under after carding rounds of 69, 66 and 67 in the first three rounds after he had failed to break 70 in his first four appearances at Augusta National.

“I knew the golf course a little better [this year],” he said. “I had a little more experience around the course this year coming in. “Really, my mindset going in was stick to my game-plan, play golf, and, you know, I stuck to my game-plan all week. Even today, I didn’t stray from it at all throughout the entire day.

“You know, it’s something that I needed to learn, especially at a place like this, how important it is to stick to what I believe and how I feel like I need to play the golf course. You know, with it, it gave me the reward of winning my first Green Jacket.”

McIlroy played alongside Reed, but he fell by the wayside on the back nine as Spieth, with an eight-under 64, and Fowler, with a five-under 67, applied the pressure. But Reed was delighted with the way he answered their challenges, making birdies at key times at the third and seventh, after bogeys at the first and sixth, and then at the 12th and 14th after bogeying the 11th.

“It was huge,” he said. “Especially mainly with Rickie and with Rory, because Rickie was only the group in front of me and Rory was playing with me.

“So I knew if Jordan made some birdies, he was far enough ahead that when he kind of went on his run, I was basically on hole nine. And when he birdied 12 and 13, it was kind of one of those things that I knew I had those holes coming up, and as long as I could keep it at least tied with him, that he would run out of holes and I would have more birdie opportunities coming in. “But the way those guys played towards the end, when Jordan shoots a 64 today and Rickie goes and shoots 67; having to go shoot under par on my final round of your first major to win, it was hard.

“You know, it was awesome and satisfying to make the clutch putts I did on the back nine.

“After feeling like I wasn’t really making anything all day, to make that one on 12 for birdie seemed to kind of give me that momentum and just really that belief going into the last couple that no matter what they throw at me, I can do this and have a chance.” Reed also got down in two putts from the edge of the green to par the 17th, when his ball raced over the cup, and held his nerve to hole out from three feet for par to triumph at the 18th after rolling his 25-footer past the cup.

He added: “I felt like that putt I made on 17, and to basically keep my one‑up lead going into the last, and to have that iron shot not come down the hill on 18, knowing that it’s probably the fastest putt on the golf course, is just another one of those many tests that I had to try to get over in order to win my first major.”

Reed’s last win came back in August 2016 at The Barclays and he also took great satisfaction from ending his victory drought.

“One of my huge goals this year was to get back in the winner’s circle and to do that in the first major of the year means so much to me,” he said.
Full Story from Sky Sports