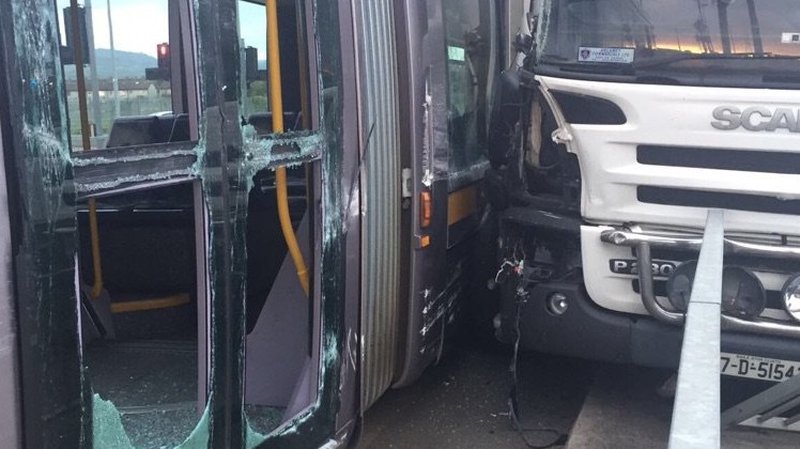 A truck and Luas crashed this morning in Tallaght resulting in two passengers being brought to hospital and the suspension of some Red Line services.

The incident happened between 6am and 6.30am. Two people were brought to Tallaght Hospital but their injuries are not thought to be life-threatening.

Six units of Dublin Fire Brigade attended the scene on the Cheeverstown section of the Luas Red Line this morning.

A spokesman said two people had been taken to hospital as a precautionary measure with possible spinal injuries.

The Luas service between Saggart and Belgard was cancelled while the incident was ongoing but has returned to normally following the incident at Cheeverstown.

Firefighters have yet another busy weekend tackling massive gorse fires