History of the Six Nations 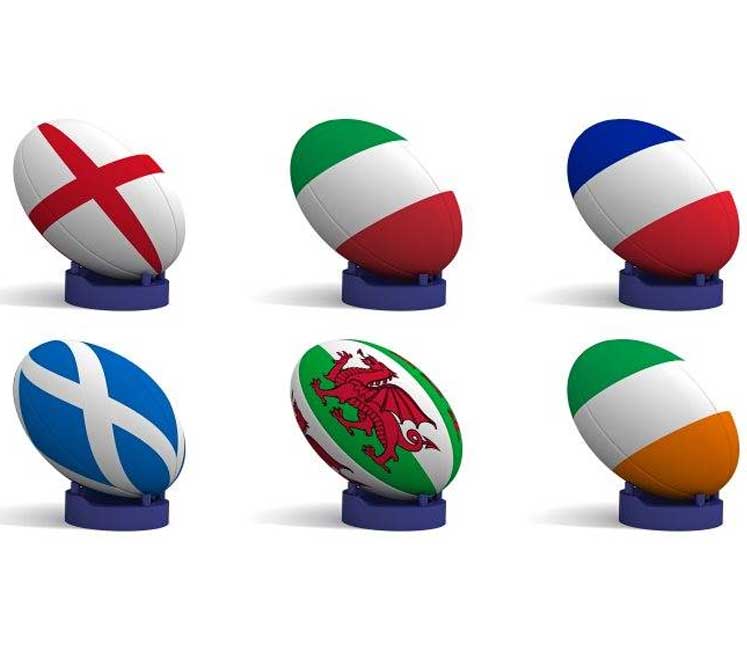 The Six Nations Championship is one of the biggest dates in the rugby union calendar bringing together the best sides in Europe.

England, Wales, Ireland, France, Scotland and Italy compete every year for the prestigious championship trophy. Originally formed as the Home Nations Championship in 1883, the competition has blossomed over the years and became its current format in 2000 when Italy joined the Five Nations.

The idea of the Six Nations first began way back in 1883 when England, Scotland, Ireland and Wales competed in the Home Nations Championship. The first two years were dominated by England and Scotland before Wales came to the fore winning four titles between 1905 and 1909. When then the Home Nations ended in 1939 both Wales and Scotland racked up 11 championships each.

Professional rugby, along with many other sports, took a back seat between 1940 and 1946 as World War II raged across Europe. When it returned in 1947, the Home Nations had evolved into the Five Nations as France were added into the mix. It took the French a few years to get into their stride, sharing their first title in 1954 with England and Wales.

However, once they claimed their first outright crown in 1959, they came into their own. The 1960s and 1970s saw France dominate with Les Bleus winning no less than eight titles during this period. The Five Nations continued right up to the new millennium before it was rebranded once again.

This time it was the introduction of Italy that saw it expanded to the Six Nations. Since the expansion, Italy have had an absolutely wretched time of it, only collecting 11 wins out of 75*.

France and England have tended to dominate the new format collecting five and four titles respectively. However, the emergence of Wales, winning in 2005, 2008 and then back to back in 2012 and 2013 has added a new dimension to the tournament.

Games are played across Europe with Twickenham, Stade de France, the Aviva Stadium, Millennium Stadium and Stadio Olimpico hosting matches during the tournament.

What is up for grabs?

Aside from the grand prize for the Six Nation Championship, there are numerous little battles between sides for different trophies. The main goal for any aspiring champion is to secure a Grand Slam – winning a championship without dropping a single point.

The Triple Crown involves Ireland, Wales, Scotland and England and is a homage to the Home Nations. Winning all home nations matches will see a team secure the Triple Crown. Ireland currently lead the way on this front in the Six Nations with four.

Following Grand Slams and Triple Crown comes a series of trophies contested between teams. The Calcutta Cup pits England and Scotland against each other, the Millennium Trophy is between England and Ireland, the Centenary Quaich is held between Ireland and Scotland while France and Italy play for the Giuseppe Garibaldi Trophy.

Recipe for a Traditional Irish Coddle