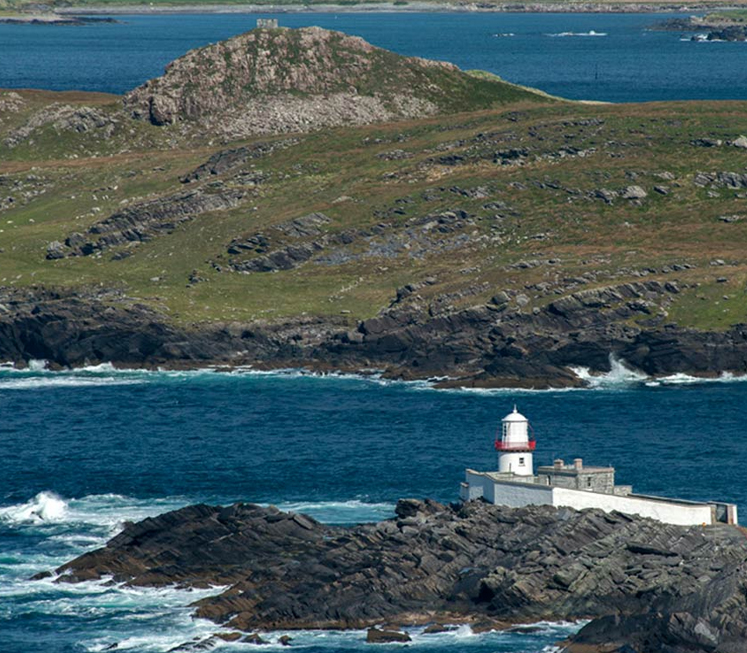 When it comes to the illustrious history of lighthouses in Ireland, one name stands out – George Halpin.

Many of the great lighthouses of Ireland were designed by George including St. John’s Point in County Down with its dizzyingly tall tower, Rathlin West Light, the upside down lighthouse cut into the cliff face in Northern Ireland’s Rathlin Island, the centuries old fort turned lighthouse in Valentia Island and Fanad Head (both along the Wild Atlantic Way), voted one of the most beautiful lighthouses in the world.

A visit to one of these lighthouses quickly reveals what a remarkable feat of engineering and construction it is. You’ll see for yourself the superior workmanship and immaculate attention to detail showcased in the lantern rooms’ brasses and mosaics. From Ballycotton’s island perch to Hook’s monastic history, Wicklow Head’s astonishing 109 steps and Loop Head’s edge of the world atmosphere, discover more about each of these characterful lighthouses here.

George Halpin died suddenly in July 1854 at the age of 75, while carrying out an inspection of a lighthouse. A man of exceptional ability, he set the highest standards and, like so many men before and after him, he dedicated his life to fulfilling the remit of the Commissioners of Irish Lights: safety at sea.

Story brought to you by Great Light Houses Ireland

Some of Ireland’s Best Waymarked Trails