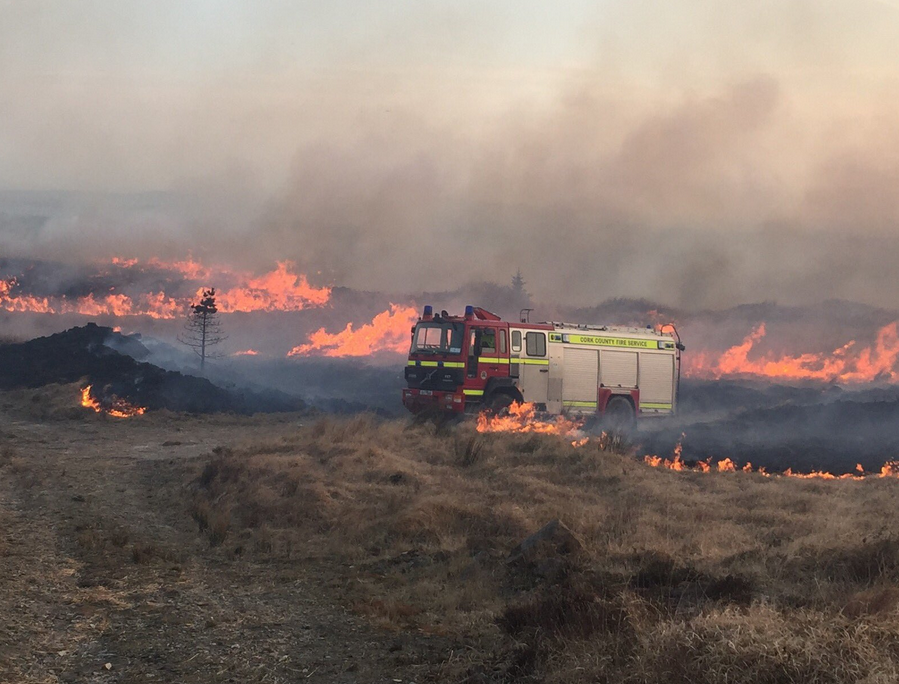 It’s great to see the weather getting warmer and drier as spring has well and truly sprung.

The fine weather means people can be out and about, taking advantage of Ireland’s beautiful outdoors but with this comes a higher risk of wildfires.

Dublin Fire Brigade has warned that there is lots of dry countryside at the moment, and that people should take care with rubbish, cigarettes and BBQs when out and about.

Just last week, Dublin Fire Brigade was called out to assist Louth Fire Service when a large gorse fire broke out in Laytown/Mosney.

Earlier this month, Dublin Fire Brigade had to fight a gorse fire in the Dublin Mountains. Fire engines from Tallaght, Rathfarnham and Donnybrook were called out to deal with the blaze.

In the last weekend of March, a total of 15 wildfires were recorded in at least seven different counties including Cork, Kerry, Waterford, Galway, Donegal, Louth and Mayo.

The Irish Wildlife Trust said that the illegal burning of vegetation was almost certainly to blame for those fires.

“Every year we see the same wildlife wipe-out as hillsides and bogs get torched,” Pádraic Fogarty from IWT said.

“It’s devastating not only for the natural environment but for the people who live in these areas, as their livelihoods and property are put at risk,” he addd.

Mr. Fogarty called for greater co-ordination “between the Gardaí, the National Parks and Wildlife Service and the Department of Agriculture to clamp down on this illegal activity”.

Today Balbriggan (D231) were assisting our colleagues from Louth Fire Service & @MCCFireService at a gorse fire in Laytown/Mosney #TeamWork pic.twitter.com/HYx4AA3pD7