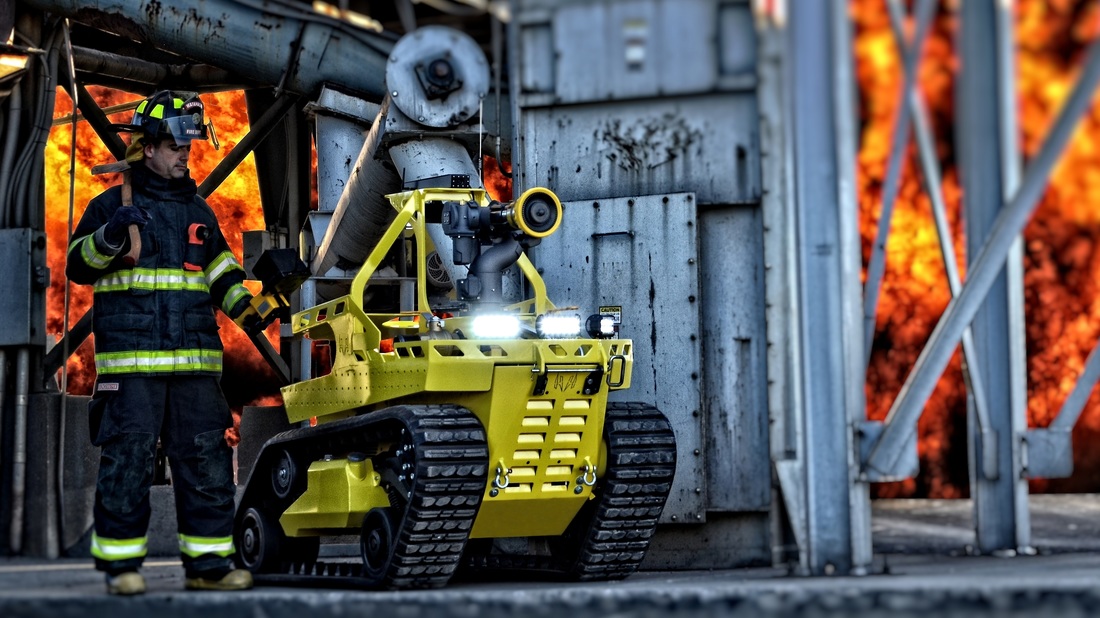 A US company has designed a robot tank that can be used to tackle fires that are too dangerous for firefighters.

The device, called Thermite 3.0, is made from aircraft grade aluminium and steel, allowing it to withstand extremely high temperatures.

It can pump 2,500 gallons of water per minute from the cannon, the force created from the pump’s power would take 6-8 men to control but Thermite 3.0 handles it alone.

It is being pitched as the world’s first practical fire fighting robot, designed to help save lives of firefighters by removing the human element and keeping them from harm’s way when it comes to tackling dangerous fire and hazmat disasters.

From hazardous materials, forest fires, chemical fires, train derailments or fuel farms, this new tool allows the modern responder to not only attack the problem, but can feel confident that fire-fighters are safe doing so.

Small enough to fit in a lift or drive through a 36″ wide door yet capable enough to deliver up to 1,200 gpm of water or foam at 150psi; Thermite 3.0 fire fighting robot is unmatched in applicability, durability and reliability.

Thermite 3.0 is the ultimate future fire fighting tool that offers the first responders the option for increased standoff and safety.

Unlike many robotic controllers which can be clumsy, the Thermite controller is held in a single hand and includes the video monitor attached on top.

This allows the operator one free hand and an independent freedom of movement not yet seen by other robot manufacturers.

The robot is operated by an industrial controller designed for the harshest environments and long control distances of over 3,000 feet LOS.

The Thermite is a durable, compact, and self-contained fire-fighting and emergency response robot capable of handling situations and blazes that up until now needed to be tended rather than fought.