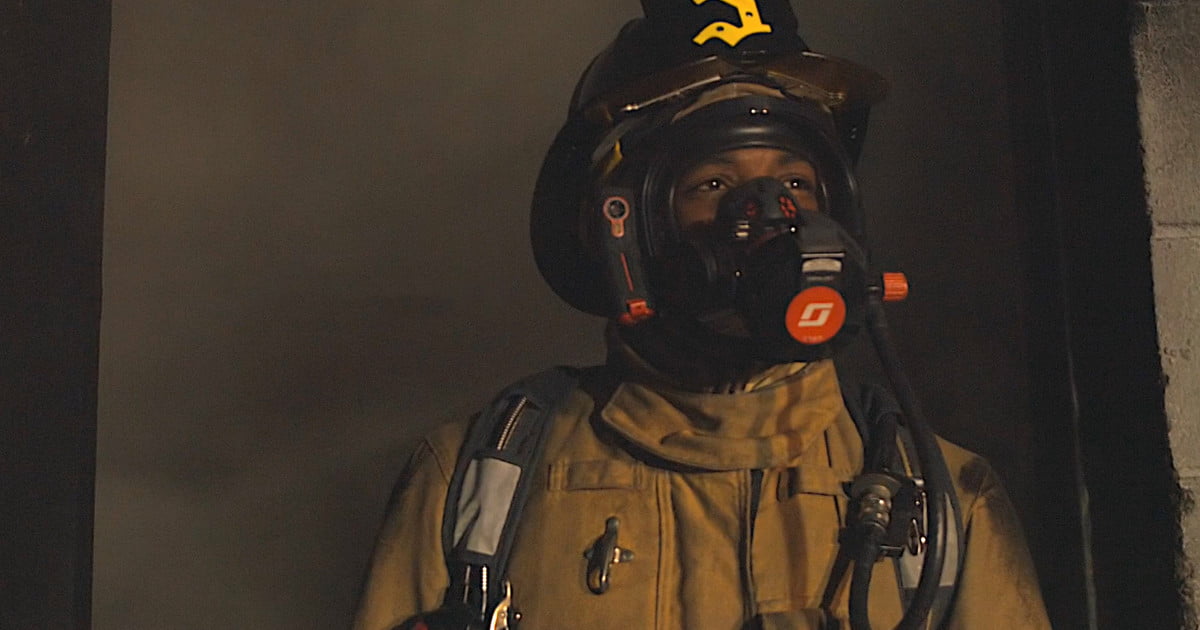 What’s the most dangerous thing in a fire?

You would be forgiven for thinking it’s the flames or the extreme temperatures. While those are dangerous too, a firefighter’s (and everyone else) deadliest enemy in a fire is smoke.

Not only does smoke cause a high proportion of fire deaths, as people are incapacitated by fumes so quickly that they can’t get to safety but it also leaves firefighters blind, because it’s impossible to see anything in a smoke-filled room.

In an attempt to alleviate this challenge, firefighting teams can equip themselves with special cameras allowing them to see through the smoke, rendering images based on heat rather than light.

In a building engulfed in flames, smoke can often hide unconscious or disoriented victims. To be able to spot them – and danger areas by gauging heat levels – rescue crews must be equipped with thermal imaging cameras, which show heat in brighter colors over darker backgrounds.

Conventional systems require you to hold the camera but not having a free hand in a dangerous environment is far from ideal for firefighters but a solution may have been found.

UK-based Design Reality and firefighting equipment manufacturer Scott Safety joined forces to a new firefighting mask. The idea was to integrate the thermal camera into the mask all firemen already use. It has multiple functions, but primarily it protects from particles and smoke.

The new camera, called ‘Sight’, is small and light enough to not add significantly to the weight of the mask. But it projects a small thermal image inside the mask, at nine frames per second; and the display system operates wirelessly.

Further settings can be easily configured through a smartphone app.

It is hoped this innovation will improve safety, allowing firefighters see for themselves, rather than rely on voice indications from a team leader wielding the camera.

From the conceptual stage, Sight was developed in collaboration with firefighters, and compared to traditional hand-held cameras, it is also more affordable (selling in the US for around $1,500).

Designers and developers believe the real selling point is that this product will save lives, and what is more important than that?