Mr Walsh said “I started getting a horrible feeling in the pit of my stomach when I visited in December. If you’re lucky or if you’re telepathic, you might see that there’s a ramp way down on the left hand side. It’s the old thing of wheelchair users having to go around the back,”

Tactile information points – raised markings or pimples which are crucial for people with visual impairment as they navigate their way around – are only present on some steps at the entrance.

“Unless you put obvious markings on the glass, those with visual impairment don’t know that there is glass there,” he added.

Mr Walsh went on to further explain that any conference should be planned on the basis that at least 10pc of attendees have a disability, and 15pc have activity limitations.Those with activity limitations might include frail, elderly people, people with heart conditions, or women in the late stages of pregnancy, for example.

In December 2012, Ireland’s then minister of state Brian Hayes called it an “iconic building refurbished to such a high standard by the OPW”. The Printworks acted as a major conference space for Ireland’s hosting of the European Presidency in 2013.

Mr Walsh said: “It’s absolutely ridiculous and it’s simply not acceptable that the wheelchair ramp is located at the far end of the building and it’s not noticeable.”

“Also, a taxi can’t drop a wheelchair user to the ramp because there are a series of bollards blocking access to the ramp.”

He added: “When you go into the entrance, there’s no brail map to find out where everything is or where to get out in the event of a fire incident.”

The fire alarm in the building does not have a flashing strobe light attached, he said.

“Someone with a hearing aid could literally be standing under the bell and they wouldn’t know that they’ve to exit the building.”

“For this to have been a key venue during the Presidency of the EU is staggering,” Mr Walsh added.

“We have truckloads of legislation, access to all sorts of standards, guidance coming out of our ears, but when you look around the city of Dublin today, it is not accessible.”

The “Fire Safety for all” conference is now being held at the Radisson Blu Hotel in Golden Lane, Dublin 8. 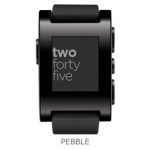 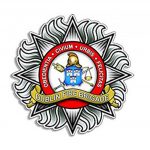