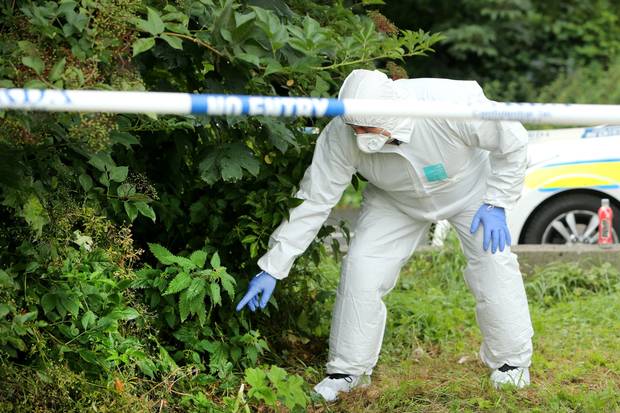 The new DNA database, established in November 2015, has assisted gardaí with 625 crimes including murders, sexual assaults and hundreds of burglaries.

In its annual report, Forensic Science Ireland (FSI) who operate the database, revealed the database is linking one in every five crime scene samples to individuals.

Some 9,048 profiles were uploaded onto the database by the end of 2016 and it linked 385 people to specific crimes – in some cases multiple crimes.

These cases included two murders, five sexual assaults, 295 burglaries, 42 robberies and thefts and 57 cases of criminal damage, according to the FSI annual report for 2016, which was published this week.

The report said 9,048 DNA profiles were uploaded onto the database by the end of 2016. Profiles are currently being uploaded at a rate of almost 1,000 a month.

These included the case of a 15-year-old girl who gardaí fear was sexually assaulted after going missing while out socialising with friends. A suspect was identified after a match was found with DNA taken from a man who had been detained for traffic offences.

DNA testing was used to identify Kenneth O’Brien, the man whose torso was found in a suitcase at the Grand Canal near Celbridge, Co Kildare in January last year.

It was also used to identify other body parts found in bags. A suspect has been charged with his murder and is due to go on trial later this year.

FSI director Sheila Willis said: “The database really is providing itself to be a very valuable crime intelligence tool.”

The report also outlined the difficulties encountered by scientists in identifying certain types of synthetic drugs.

Dr Willis warned forensic scientists were seeing that many new synthetic drugs are becoming a feature of the Irish drugs scene. In total some 27 new synthetic recreational drugs were discovered last year.

In some cases the drugs were 100 times more toxic than other similar drugs. Despite the rise in synthetic drugs, traditional street drugs remained the most common encountered by FSI. These include cannabis, cocaine, heroin, benzodiazepines and ecstasy.