Analysis-Ambulance response times: the next step? 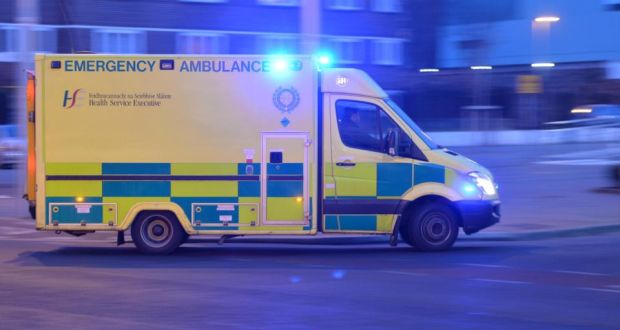 In an era when all metrics are categorised into league tables and subjected to international comparison studies, anything related to ambulance response times that do not hit their target is easily digestible click-bait for the general public.

Under targets set by the Health Information and Quality Authority (Hiqa) in 2011, 80 per cent of  life-threatening calls for emergency help are supposed to be dealt with by a first responder within eight minutes.

In light of the HIQA guidelines, and the inability of the Ambulance Services to meet them, the National Ambulance Service conducted an independent review of the service on the issue of response times. This review was carried out by Lightfoot Solutions, a UK consultancy. It found that the set response times in Ireland were impossible to meet, due to the ‘immense difficulties with rurality in Ireland’. The report found that 40 per cent of emergency incidents are rural, compared to 12 per cent in England.

Pointing to the “very large gap” between current performance and targets, it says “because of the rural nature of the area NAS serves, we do not consider these targets are achievable”. In any event, when you study response times, the devil is in the detail. The previous Minister for health crystallised this even before the Lightfoot report when he said;

Martin Dunne, Director of the HSE National Ambulance Service, said;  “In comparing our service with those in the UK, Lightfoot have provided us with a clear direction for what needs to be done to enhance our service over the next seven years. The recommendations, once implemented will improve pre-hospital emergency care services for our patients and this in turn will have a positive impact on the wider health services.”

So far in 2016, €2 million has been dedicated to ambulance funding, with the programme for Government also committing to deliver more Ambulances, Emergency Medical Technicians and Paramedics. An article in the Irish Medical Times earlier this year said:

“The report differentiates between urban, minor urban and rural areas — classifications based on the number of emergency calls in an area. In urban and minor urban areas, the report identifies a significant requirement for an increased number of rapid response vehicles in order to improve performance against the eight minute target. It also highlights specific parts of the country where additional ambulances are required.One key difference will be the introduction of a dynamic deployment model, where emergency vehicles will no longer be solely based at stations but deployed to other points, ideally healthcare or other public facilities with the required staff amenities.The report highlights that average drive times in urban areas are 10 minutes, relative to international best practice of four.The HSE has established a National Group chaired by Dr Philip Crowley, HSE National Director for Quality Improvement, to define the key performance indicators for pre-hospital emergency care.The NAS should undertake investigation into why emergency calls per head were so low in Ireland compared to England, so that future patterns of growth could be better understood and accommodated, the review recommended.”