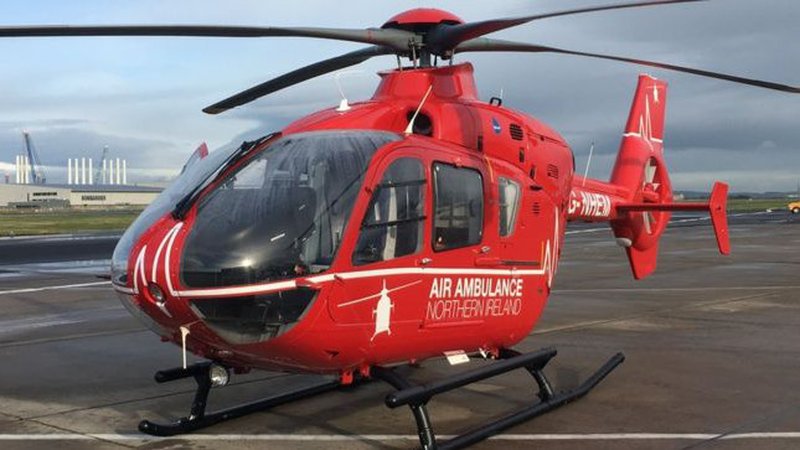 A new air ambulance service service has launched in the North following a 12-year campaign.

The introduction of the new service will see emergency paramedics able to reach any part of Northern Ireland within 25 minutes.

The service will be based at the former Maze prison site near Lisburn and will be of most benefit to those whose lives are at serious risk following significant injury or trauma.

Last month it was called out following a tractor incident involving an 11-year-old boy in Castlewellan, Co Down.

“The advanced medical interventions which can be delivered by our doctors and paramedics in the HEMS team at incidents where life may be ebbing away will further improve survival rates and help to ensure better patient outcomes.”

The campaign to establish an air ambulance service spanned many years.

It was a passion of race medic Dr John Hinds – who died in 2015 following a road crash in Skerries, Co Dublin.

Today’s launch of the air ambulance is the culmination of a 12-year campaign backed by members of the public.

A total of £2 million a year will need to be raised to sustain the helicopter operations.

A backup helicopter will be stationed at St Angelo Airport, Enniskillen.

The German-made EC135 aircraft have been selected as the most suitable for the operating environment in Northern Ireland.

They will be staffed on a rota basis from six full-time paramedics, a team of 15 doctors and two pilots.

While the service was still undergoing testing, a helicopter was called to help the boy hurt in Castlewellan.

He was flown to the Royal Belfast Hospital for Sick Children.

The air ambulance has also attended a number of other incidents over recent weeks.