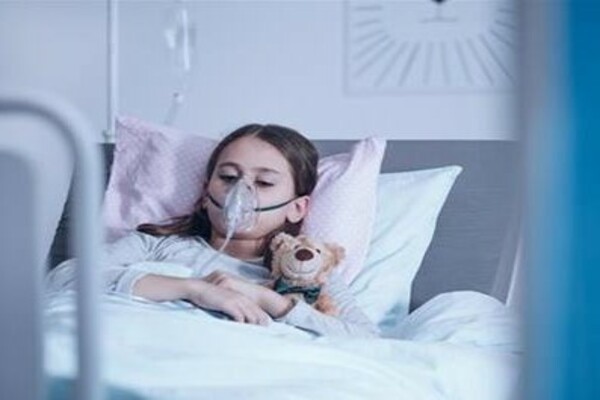 The Irish Hospital Consultants Association (IHCA) has expressed its extreme concern at the new record number on the child waiting lists to be treated or assessed in public hospitals.

The IHCA said the shortage of Consultants due to the difficulty in filling permanent consultant posts and decade long capacity deficits are the root causes of the unacceptably long child waiting lists, which totalled more than 100,000 for the first time at the end of March. More than one in three (34,342) of these children are waiting longer than a year for treatment or assessment by a hospital Consultant.

The warning from Consultants comes as latest National Treatment Purchase Fund (NTPF) figures released reveal that there are a record 86,400 children on Outpatient waiting lists, which is an increase of more than 4,200 (5%) since April 2021 when the NTPF first started to break down its outpatient lists into separate Child and Adult data.

The largest child Outpatient waiting lists are in the following key specialties:

In the last year alone, the Paediatric Outpatient waiting list has increased by an alarming 33%. This is 4,300 additional children now waiting for an appointment to be assessed by a Consultant Paediatrician.

These increases come as 18% (44) of all approved Consultant posts in Paediatrics were either absolutely vacant (23) or filled on a temporary or agency basis (21) at the beginning of March.

By international standards, Ireland also has too few Consultant Paediatricians, with just half the EU average number of specialists on a population basis.

Consultants say that the adverse impact of waiting excessively long for care can mean some children’s conditions may significantly deteriorate, hampering their development and quality of life and potentially their future health outcomes.

However, the IHCA says that NTPF figures fail to provide an accurate picture of the scale of children waiting for some form of care as hospital diagnostics (such as MRI scans or radiology) are not included in the published data. When the additional 8,360 children awaiting CTs, MRIs or ultrasounds at the CHI children’s hospitals at the end of 2021 are added, the total number is well over 100,000.

In addition, HSE data confirms almost 3,000 children were also waiting to be assessed by a Consultant Child & Adolescent Psychiatrist in January, with 238 (8%) on these waiting longer than 12 months.

Commenting on the waiting lists, IHCA President Professor Alan Irvine, said, “for the first time, the monthly NTPF figures have recorded over 100,000 children on waiting lists for hospital care, with more than one in three of these children waiting longer than a year to be treated or assessed by a Consultant. This trend is worrying and is resulting in thousands of children not getting the care they need in a timely way, and the real possibility that they will suffer health and developmental issues that could easily have been reversed or mitigated against if only they were seen in time.”

“Every single number is an individual child who could be experiencing pain, suffering or the psychological distress at not knowing when they will be able to receive treatment. This is a wholly unacceptable situation. As Consultants, we need and want sustainable solutions to help alleviate this distress and provide the care these children so desperately need. However, we have a chronic recruitment and retention crisis that is not being addressed urgently enough. This is evident from the fact that 838 approved Consultant posts nationally are either absolutely vacant or filled on a temporary or agency basis.”

“It is imperative these vacant Consultant posts are filled if we are to effectively address the record hospital waiting lists. To achieve that, the Government must appoint a replacement Independent Chair immediately with the representative organisations to kick-start the stalled hospital Consultant contract talks and reengage with the profession in a genuine effort to arrive at a solution to these decade long deficits in Consultant staffing.”

Launch of Be Summer Ready Campaign 2022