A man stripped naked outside the White house in what is assumed to be a form of protest. US Secret Service were forced to jump into action and arrest the naked assailant after he refused to be subdued. President Barack Obama was preparing to give a speech  on who he was assigning as House secretary at the White House when the incident occurred.

The Secret Service named the man as Michel Bechard and witnesses say he was covered in a foil heat sheet and put into a secret service van by uniformed officers at the scene. Photos later emerged on twitter of the man being held down by three officers and of him standing around beforehand naked by the White House fence. Bechard wondered up to the Secret Service personnel at the gates before taking his clothes off. Fortunately he chose a good day for it as it was the hottest day of the year so with temperatures hitting 26 degrees Celsius. 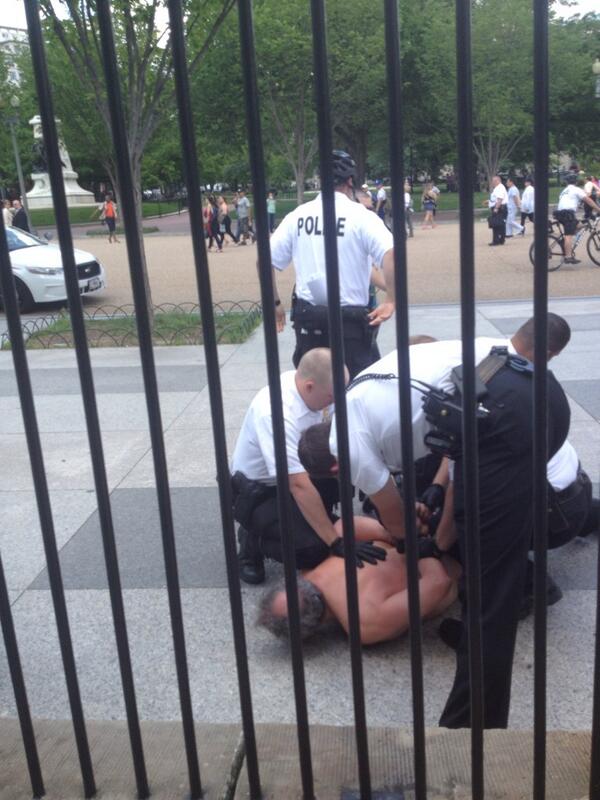 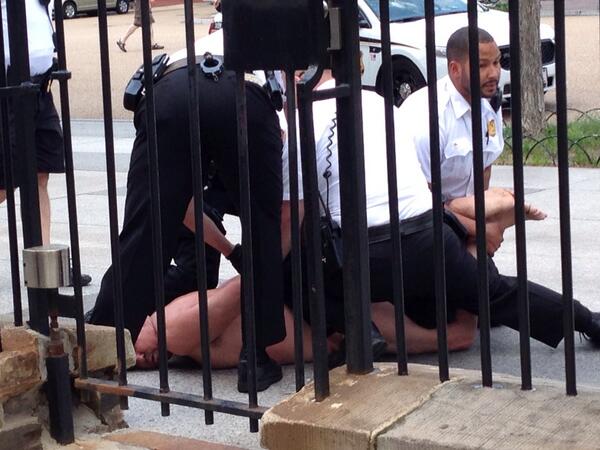