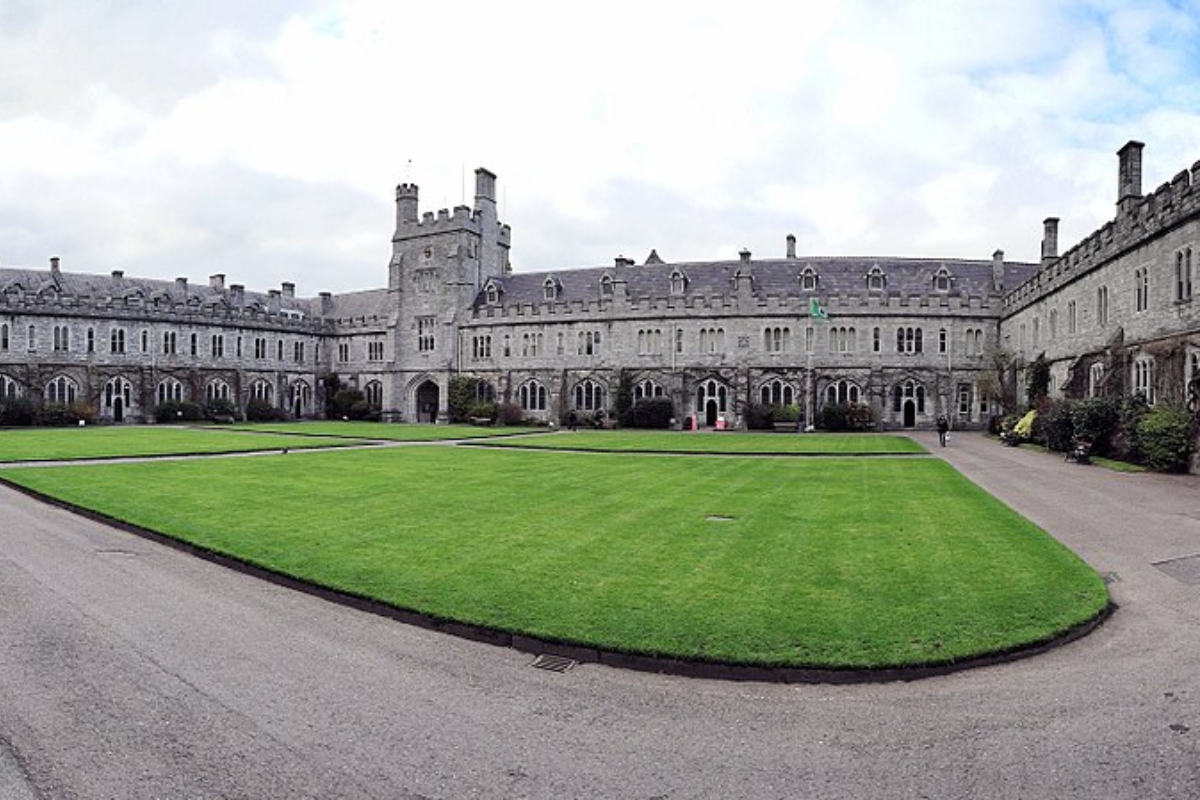 A team of researchers led by University College Cork (UCC) Professor John Atkins, together with their Swiss collaborators have just published in Science, work that highlights a potential drug target against the Covid causative virus. The study includes a very high resolution microscopic study that reveals new information about the synthesis of proteins in general.

An Achilles heel of the coronavirus

Viruses require the resources of an infected cell to replicate and then infect further cells, and transfer to other individuals. One essential step in the viral life cycle is the production of new viral proteins based on the instructions in the viral RNA genome. Decoding of these viral instructions occurs on the infected cell’s protein synthesis machinery. The largest component by far of this machinery is the ribosome.

In decoding of the overwhelming majority of instructions, the ribosome moves along the instructional ‘tape’, RNA, in strictly defined steps. It reads three letters of RNA at a time. This three-letter code defines the corresponding protein building block, amino acid, that is attached to the growing protein. Were the ribosome to make an error and slip one or two RNA letters forward or backward instead of following the regular three-letter steps, a defective protein would be made. Such slips, frameshifts, are extremely rare.

Exceptionally, however, at specific places in the instructional ‘tape’ RNA, specialized features cause functionally important frameshifting to occur at a significant efficiency. A large number of viruses, including coronaviruses and HIV, depend on one such deliberate frameshifting event to regulate the levels of their newly synthesized viral proteins. For example, SARS-CoV-2 – the virus that causes COVID-19 – is critically dependent on frameshifting promoted by an unusual and intricate fold in the viral RNA.

One type of frameshifting is essential for the virus but almost never happens in our own cells uninfected by viruses. Therefore, any compound that inhibits this frameshifting by targeting the intricate RNA fold could potentially be useful as a drug to combat infection. However, so far, there is no information on how the viral RNA interacts with the ribosome to promote frameshifting. Such information is important for drug development.

Detailed image of an essential process for coronavirus replication

A team of researchers from UCC, ETH Institute in Zurich and the Universities of Bern, and Lausanne for the first time managed to reveal the interactions between the Covid-causative viral genome and the ribosome during frameshifting. The UCC team led by Prof. John Atkins, who has benefited from his association with the Medical Research Council’s Laboratory of Molecular Biology in Cambridge. Its closest collaborators have involved the group of Prof. Nenad Ban in the ETH Institute in Zurich.

Using sophisticated biochemical experiments, UCC PhD student Pramod Bhatt and colleagues in Zurich managed to capture the ribosome at the frameshifting site of the RNA of the Covid-causative virus. They could then study this molecular complex using cryo-electron microscopy.

The results provided a molecular description of the process at unprecedented detail and revealed a number of novel unanticipated features. The frameshifting event causes the usually dynamic ribosome machine to adopt a strained conformation, which helped provide one of the sharpest and most accurate images of a mammalian ribosome. Integrated work in the same UCC lab, performed by key senior scientist Dr. Gary Loughran and first year Ph.D. student Kate O’Connor, followed up on the structural findings with various experiments including exploring how this process can be targeted with chemical compounds.

Speaking about the recent publication Prof Atkins said; “This discovery is especially poignant as, at a time when it was thought that it could not occur, its study was pioneered in Ireland in the late 1960s. Subsequently generations of Irish research students in UCC and TCD have prominently contributed to our current understanding of this type of genetic versatility. In addition to its relevance for the Covid causative virus, the new discoveries have implications for certain other medically important viruses as well as for our understanding of how proteins are synthesized. The UCC researchers are indebted to the Irish Research Council for their invaluable funding support of the Irish component of the new discoveries.

Although these compounds are currently not potent enough to be used as therapeutic drugs, this study demonstrates that inhibition of ribosomal frameshifting has a profound effect on viral replication, which paves the way for the development of better compounds. Due to the fact that all coronaviruses depend on this conserved frameshifting mechanism, a drug that targets this process may even be useful to treat infections by more distantly related coronaviruses.