These are the top 10 most scenic hikes in Ireland 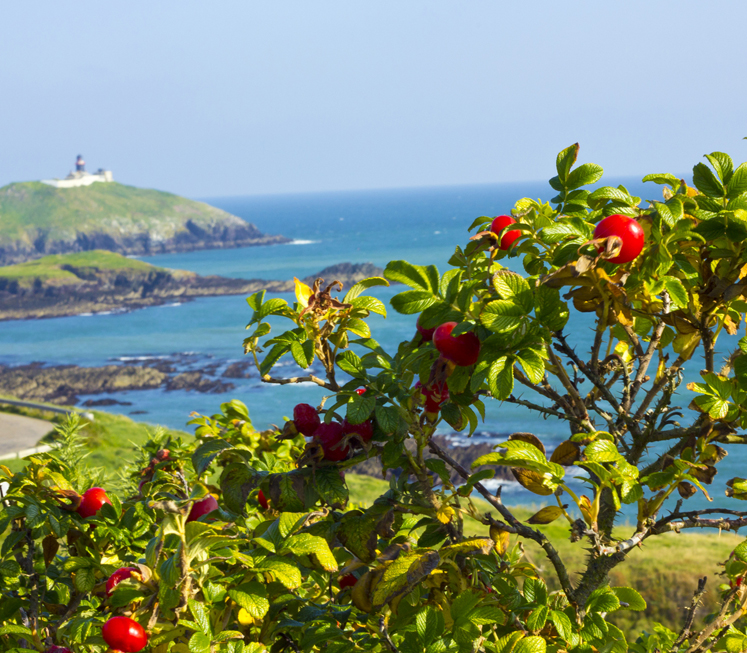 For such a small island, Ireland punches well above its weight when it comes to hiking options. There are some 954 developed trails all over the country (check out irishtrails.ie for the full list), with vastly differing landscapes. One day you could be scaling the hills surrounding Belfast, another you could be skirting the rugged coast of Cork. As well as burning some calories, hiking is a great way to explore hidden parts of this beautiful country. All you need is a pair of sturdy shoes, a rain jacket, some lightweight gear and and you’re good to go. Can’t decide where to start? Here are some suggestions to get you on your way, with routes suitable for beginners to experts.

Hop over stiles and let your gaze stretch across the ocean as you take on this gentle enough cliff track where you’re flanked by meadows on one side and the wild Atlantic on the other. There are plenty of seated viewpoints along the way and the area is great for wildlife watching – so look out for everything from Peregrine Falcons and oystercatchers to dolphins and whales.

The highest point in the Belfast Hills, Divis stands 1,568ft, – making it the perfect vantage point for views over the city. This circular walk slopes gently up to the Bobby Stone and summit of Black Mountain, marked by a trig point. Catch your breath here while taking in views over Stormont and Titanic Belfast and the famous Harland and Wolff cranes. On a clear day you can look all the way across to Scotland.

One of the largest expanses of blanket bog in Northern Ireland can be traversed thanks to a one-mile boardwalk that opened in 2015. Locals call it the Stairway to Heaven – and when you’ve hiked it for yourself, you’ll see why. There’s a steep climb to reach the 2,185ft summit of Cuilcagh Mountain. It’s located in an area with a unique habitat and forms part of the Marble Arch Caves UNESCO Global Geopark, so be sure to spend some time in the nearby caves.

This great circular hike climbs to a summit lake, twin peaks and Neolithic passage grave of Slieve Gullion – with epic views over Northern Ireland and the Republic. You’ll be hiking through heather-cloaked hills of the world’s most famous ring dyke, the Ring of Gullion, a volcano that erupted over 50 million years ago. You can enter the tomb of the Neolithic South Cairn Passage Grave from just below the summit.

For an idyllic woodland setting, try this varied circular hike. Starting in the mossy depths of a waterfall-filled ravine, it takes you up a long and winding climb to the edge of the Antrim Plateau. It’s steep in places, but that means you’re rewarded by views from the high points across the surrounding landscape and over the sea to Scotland. In spring, don’t miss the bluebells at the Inver River gorge at the start of the trail.

Widely regarded as one of Ireland’s best coastal walks, the entire Causeway Coast Way stretches for 33 miles, from Portstewart to Ballycastle, passing Dunluce Castle and Northern Ireland’s most popular tourist attraction, The Giant’s Causeway. To dodge the crowds, head just beyond it, where you’ll find a secluded coastline rich in geological wonder, mythology and awesome views. The track threads along a rocky shoreline – don’t miss Port na Spaniagh, a cove containing the wreck of the Girona, one of the ships from the ill-fated Spanish Armada.

For a spectacular, albeit hilly, walk within easy reach of Dublin, head to Glendalough, home to 20,000 hectares of mountainous paths and landscapes. This trail takes in Glendalough’s world-renowned monastic site and Lower Lake, before steeply ascending beside Poulanass waterfall up to the towering Spinc cliffs. Catch you breath here – taking in the memorable views over Lower and Upper Lakes 1,000 ft below – before heading back down.

For a seriously strenuous hike with killer views to boot, it’s hard to beat a trek to the summit of the country’s highest mountain. Standing at 3,407ft, Carrauntoohil is the central peak of the MacGillycuddy’s Reeks, Ireland’s highest mountain range. Getting to the top is not for novices – usually taking between four and six hours – but you’ll be rewarded after the challenge with incredible views of rugged terrain over the Killarney lakes. Though there are several different routes up to the top, the Devil’s Ladder with its loose rock is the most popular, direct and shortest.

At 1,460ft, Diamond Hill is a proper mountain that anyone with a reasonable level of fitness can climb. Stick to the Lower and Upper trails steadily until you reach the top, via some higher sections where you’ll need to do some scrambling. Then, enjoy perfect panoramas over the Connemara mountains, lakes, coasts and islands. It’s the ideal spot for some epic summit selfie moments.

Though Achill has been connected to the mainland by bridge since the 1880s, it still retains a distinct island feel and much of the landscape remains the same as it did centuries ago. Walks here vary from hikes on the top of vertiginous sea cliffs to traipses through “booley” villages – abandoned hamlets that characterise the landscape of Achill. The Slievemore Loop climbs to a height of about 197ft, and highlights along the way include a megalithic tomb, ancient graveyard and deserted village.

After the Notre Dame fire, scientists get a glimpse of the cathedral’s origins