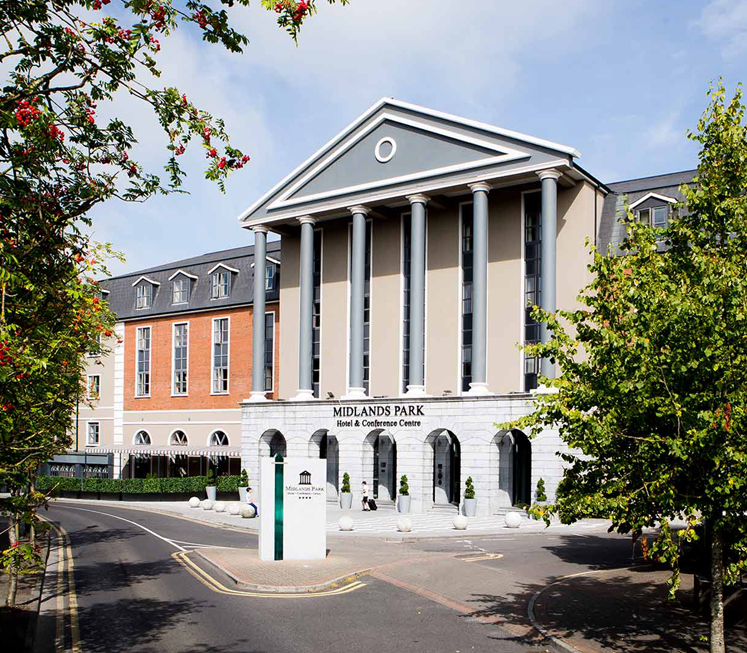 The awards are presented to Garda members who have achieved success in their chosen sports, locally, nationally and internationally.

This year’s selection committee was chaired by RTE’s Marty Morrissey and this year’s winners are;

In August 2017 Eve and her cycling partner Katie George Dunleavy won gold in the Road Race and the Time Trial events at the World Paralympic Championships in South Africa. Eve was also a member of the Garda Cycling team which took part in the 2017 Ras Na mBan and finished as the top Irish rider in the event. As a result of these achievements she was nominated for the RTE Sportsperson of the Year Award in December. This is her 4th Coiste Siamsa award. Eve is a Garda stationed at Ballybay Garda Station and is a native of Co. Louth.

Tom has been running marathons for ten years and in 2017 he decided to run the highest marathon in the world, the Everest Marathon. This event takes place at 17,000 feet and in -17 degree temperatures. In November as part of the first Irish team to compete in the event, Tom completed the race in 7 hours and 40 minutes and finished 25th out of 50 athletes who started. In doing so he also raised money for three charities. Tom is from Dublin and is a Detective Garda at The Garda Technical Bureau and lives in Lucan in Dublin.

David played in goal for the Mayo senior football team in 2017. He is the holder of five Connaught senior titles; as well as two Mayo County titles and one All-Ireland Club title with Ballina Stephenites. In 2017 he was awarded his 2nd GPA/GAA All-Star award. This is his third Garda Sportstar award. David is a Garda Stationed at Tubbercurry, Co. Sligo.

Niall is undefeated in 9 professional bouts in the heavyweight division, including 5 knockouts. In March of 2017 he won the Massachusetts State title and in September he added the New England title, Niall is a Garda attached to Wicklow Garda Station and is a native of Co. Wexford.

Mayo star Martha was a member of this year’s beaten all Ireland finalists and nominated for an All Star awards for her efforts. She is the holder of 2 Division 1 League titles and one Division 2 title. Martha is a Garda stationed at Sligo Garda Station.

Jeff has been shooting for the past 10 years and in that time he has represented An Garda Síochána and his country at many competitions. In July of 2017 Jeff became a triple world champion and set a new world record breaking his own previous record in the centrefire gallery rifle. Jeff also played a major role in helping the Irish Team capture the International Gallery Rifle Federation World Cup This is Jeff’s second Coiste Siamsa Award. Jeff is a native of Co. Wexford and is a Garda stationed at Bailieboro, Co Cavan.

Colm is one of the most outstanding and consistent players on the Mayo senior football panel. In 2017 he won his 4th Football All-star award. Colm is the holder of five Connacht titles and has also guided his club Davitts to county and provincial success. He is a Garda Stationed at Westport in Co. Mayo.

In 2017 the Garda College Hurling team won both the League title and the Ryan Cup, which is the Division 2 Higher Education Championship, beating IT Sligo in the final. This in only the second time the Garda College as won this championship. They were also winners of the Cup and Shield at the Seamus McIntyre Tournament and runners up in the All Ireland Garda Hurling Final.

In May 2017 over 100 Garda members took part in the 4 Peaks Challenge. The aim of the event was to raise money for the mental health charity ‘Aware’. The challenge was to climb the highest mountains in each Irish province in three days. Over €80,000 was raised from the event and it also led to the setting up of a new Hiking Club which will continue to encourage members to participate in the sport.

Paul has a number of notable achievements in the world of amateur golf including; between 1984 and ’87 winning the Dundalk Scratch Cup; the West and East of Ireland Championships and was runner up in Ireland Close Championships at Royal Dublin in 1986. Between the years 1986 and 1988 he represented Ireland internationally and was part of the Irish team that won the Triple Crown for the first time in 1987. Other notable achievements include representing Leinster and winning the Inter Provincial Title in 1987 for the first time. Paul also played in the Irish Open in 1987 and 1988. He also has something in common with Tiger Woods – both were beaten on the 18th at Porthcawl by Gary Walstenholm. Paul retired from An Garda Síochána in 2009.  He was born in Co. Kildare but has lived in Trim Co. Meath since the age of two.

Step Out And Become More Active With The Irish Red Cross