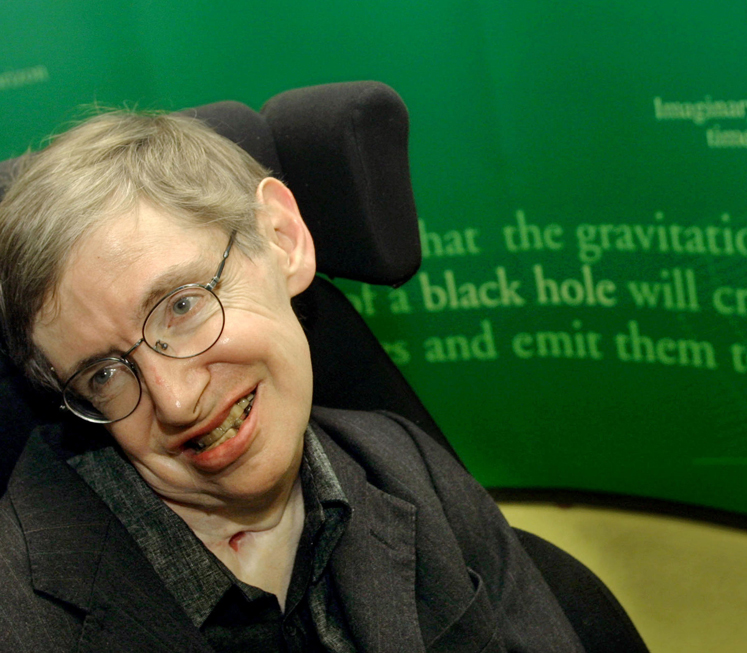 In what many would see as an unlikely pairing, Professor Stephen Hawking and Paddy Powers have teamed up to help England win the world cup. The English Physicist has created what he called a “General Logistic Regression Modelling Report in which he analyses key factors and offers insight into how England might succeed in the World cup.“I have answered two of the biggest questions tormenting fans,” the professor said. “What are the optimal conditions for England success? And how do you score in a penalty shootout?”

His findings were revealed at London Press Conference set up by Irish bookmakers Paddy Powers who commissioned the 30 day study. It involved analysing prior performances and results in the World Cup and using these results to discover the optimum conditions for success and the best moves for a penalty kick out. “I always saw Paddy Power as slightly anti-intellectual but by inviting me to be a pundit, they have proved me wrong,” he said.

“They recognised that as a theoretical physicist I’m marginally more qualified to make predictions than Paul the Octopus.” His other insightful comments included describing Luis Suarez as a ballerina and when discussing spot kicks “As we say in science, England ‘couldn’t hit a cow’s arse with a banjo’.”
England’s World Cup attempts  in the past have featured poor performances and poor penalty shootouts so Paddy Powers decided to try a mathematical approach this time. They decided, who was more qualified to study England’s performance since 1966 in the World Cup than mathematical genius and theoretical physicist Professor Stephen Hawking. He took his results and created what he felt was the “the formula for the perfect penalty”.

During the press conference he encouraged the audience not to “tell the Germans”, Before sharing his findings:  “Let’s start with the technique. Velocity is key. For this reason, get a run up of more than three steps. Give it some welly. There is only a 58 per cent probability of scoring if your run up is three steps or less. However, velocity is nothing without placement. If only I had whispered this in Chris Waddle’s ear before he sent the ball into orbit in 1990.”

“Use the side foot rather than laces and you are 10 per cent more likely to score. The statistics confirm the obvious. Place the ball in the top left or right hand corner for the best chance of success. 84 per cent of penalties in those areas score. Strikers are better than midfielders and defenders. But bald players and fair haired players are more likely to score. The reason for this is unclear. This will remain one of science’s great mysteries,” added Hawking. He went on to describe the study as “a fascinating project” and that he had donated his fee to Save the Children’s Syria appeal and to the Motor Neurone Disease Campaign.