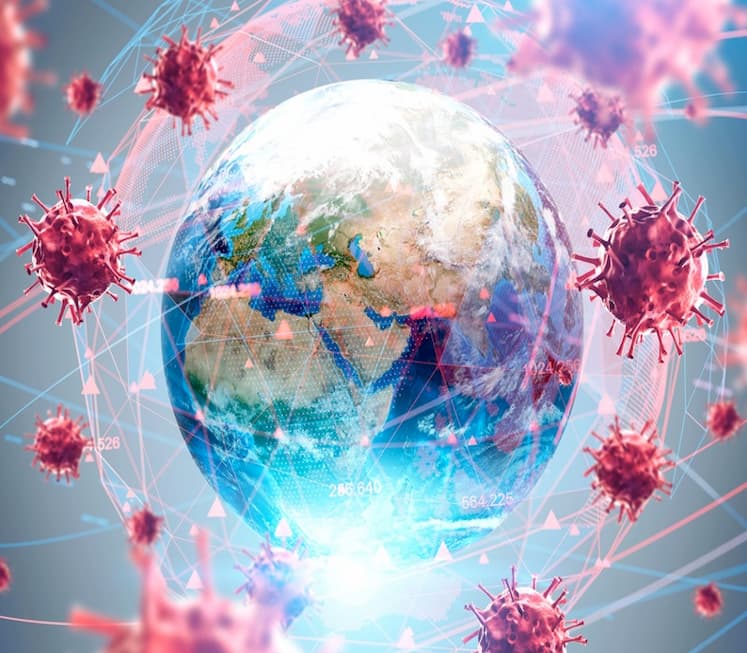 UPDATE: Confirmed coronavirus cases across the globe surpassed 10 million on Sunday, with deaths closing in on 500,000, according to Johns Hopkins University data.

Deaths from the coronavirus worldwide topped 500,000 and infections surged past 10 million, two chilling reminders that the deadliest pandemic of the modern era is stronger than ever.

The infection milestone is a rebuff to health experts and global leaders — including U.S. President Donald Trump — who had hoped early in the pandemic that the virus would fade away with the summer heat. Instead, infections are multiplying faster than ever.

It took four months after the pathogen first surfaced in the Chinese city of Wuhan to reach 1 million infections. The spread of the coronavirus has steadily accelerated, compressing the time frame to a million additional cases every week now.

“It’s a startling number,” Richard Riggs, chief medical officer of Cedars-Sinai Medical Center in Los Angeles, said of the 10 million milestone. “It seems like it’s going to continue for quite some time.”

The latest milestone for cases may serve only as a relative marker, as the true number is likely to be higher given the difficulty of tracking infections. The death toll is equally sobering, and some health officials predict 1 million fatalities may not be far off.

The global epicenter of the coronavirus is continuing to shift. First it was China, then Europe, and now developing countries with weaker health-care systems like Brazil and India are reeling. The World Health Organization reported almost 190,000 new cases for the 24-hour period through early Sunday, after Director General Tedros Adhanom Ghebreyesus said this month that the pandemic has entered “a new and dangerous phase.”

The U.S. and Brazil together represent 49% of all new infections, according to the WHO’s data for the latest 24 hours. Cases from the Americans account for 62% of the 189,077 new infections, followed by 13% from Southeast Asia and 8.8% from Europe.

Governments are increasingly accepting there may be no quick return to life as it was before the pandemic, as economies have been battered by prevention measures that restricted people’s movements and damped consumption. People are still trying to get on with lives that have been interrupted, but more lockdowns and social distancing measures may be looming.

While efforts to contain the virus have been successful in some areas, it’s still not clear whether information gained during the past six months is significantly reducing complications and death rates, Riggs said. Recent breakthroughs, including treatment with Gilead Sciences Inc.’s remdesivir and the inexpensive steroid dexamethasone, may make a difference.

A recent outbreak in Beijing is a reminder that even places that had shown success in controlling the virus can’t tame it indefinitely. Other regions from Tokyo to Seoul and Australia’s Victoria state are also seeing cases bubble back up. The best hope lies in the development of a vaccine, which is unlikely to be ready this year despite a global race to come up with an effective shot.

In the early stages of the outbreak, officials in the northern hemisphere pointed to the potential that the virus would go away in the summer, with people outside and not in close quarters. Those hopes have been dashed.

“It doesn’t look like there’s any significant impact right now from the weather,” Anthony Fauci, the director of the National Institute of Allergy and Infectious Diseases in the U.S., said this month. He had earlier noted that hot weather tends to slow lung infections.

The situation may worsen when autumn comes. The U.S. and other northern countries will need to prepare for a flu season that will be complicated by the coronavirus pandemic, adding more stress on already stretched health-care systems.

“We haven’t seen the end of Covid-19, and we haven’t seen the full scope of it yet, either,” said Ali Mokdad, professor of health metrics sciences at the University of Washington in Seattle. “This will be as dangerous as the Spanish flu in many ways,” he said, referring to the 1918 pandemic that infected an estimated 500 million people.