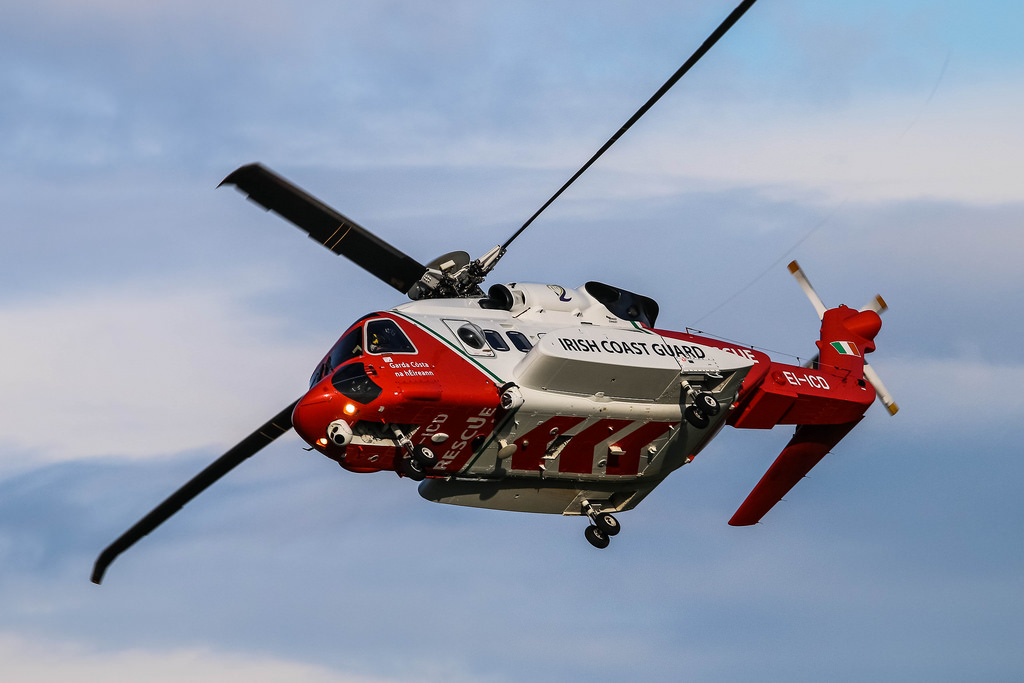 CHC Ireland – a subsidiary of Canada’s CHC Helicopter – provides search and rescue (SAR) services for the Coast Guard under a €500m Government contract, and the company plans to build a new multi-million euro hangar and operations base at Dublin Airport.

The company has secured planning permission for a new development at Dublin Airport, which will involve the demolition of a temporary 596 sq m hangar and an office building.

CHC will replace it with a 2,000 sq m hangar complex that will include the new operations control unit. Work on the project is scheduled to begin next month and be completed by summer 2018.

The five SAR helicopters respond to emergencies at sea, inland waterways, offshore islands and mountains of Ireland. The service covers the Atlantic to the west of Ireland and the Celtic Sea, to a range of 200 nautical miles (370km) and frequently assists in missions to cliffs, mountains and inland waterways and even in pollution control.

As part of this service these helicopters conducted 61 patient transfers from offshore islands and transferred nine patients to UK for emergency procedures mainly relating to organ transplant.

As part of this service these helicopters conducted 61 patient transfers from offshore islands and transferred nine patients to UK for emergency procedures mainly relating to organ transplant.

The Government awarded CHC Ireland a 10-year, €500m contract to operate the life-saving service in 2012. The Air Corps had traditionally provided Ireland’s search and rescue capability.