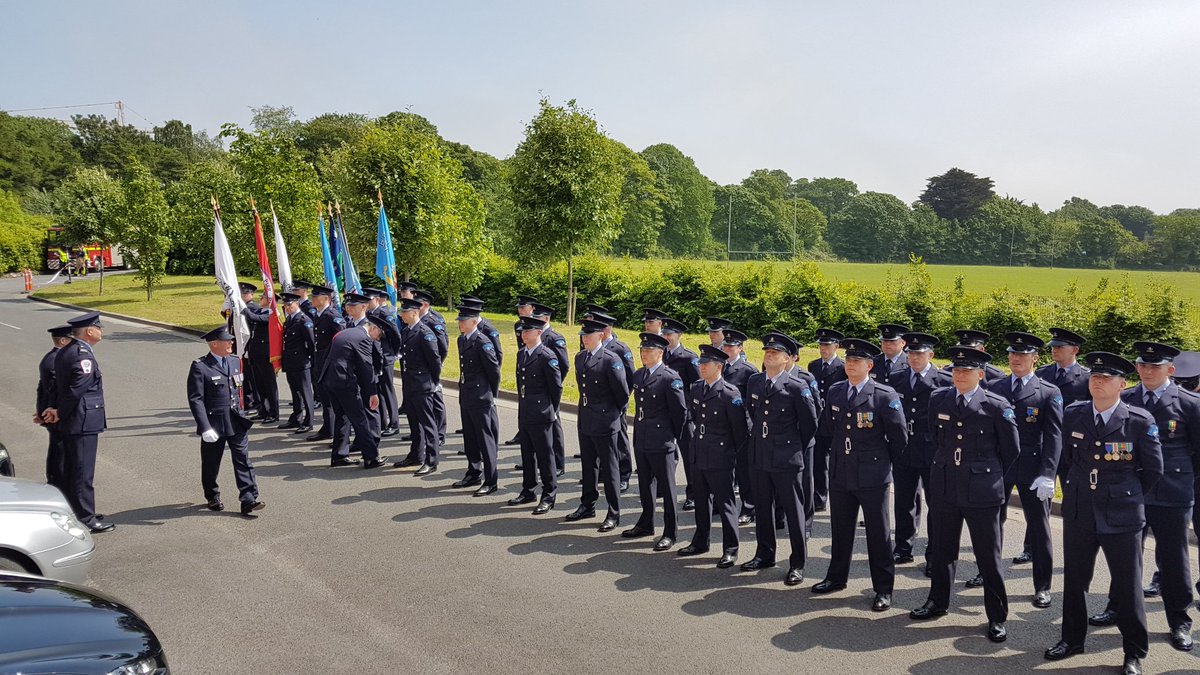 Forty-eight of these recruits are from Dublin Fire Brigade, and two are from Waterford Fire Service.

The recruits demonstrated some of the skills they have developed over the course of their training including exercises in dealing with hazardous materials and road traffic collisions.

In addition to their basic training, recruits have received specialist instruction in the use of breathing apparatus to enable them to deal with backdraughts and flashovers.

All the new recruits have completed over 29,000 hours of instruction with fifty Dublin Fire Brigade specialist instructors. External instructors including An Garda Síochana, Dublin Bus, McElhinney Trucks and Luas were also on hand to provide expert training.

Having undergone meticulous instruction the new recruits will graduate with the knowledge and specialist skills which will equip them to work alongside their professional fire-fighter colleagues in Dublin Fire Brigade and Waterford Fire Service.

Lord Mayor of Dublin Brendan Carr said “We are proud to have trained a further class of recruits in 2017, comprising 48 recruits from Dublin Fire Brigade and 2 from Waterford Fire Service. The calibre of the recruits passing out is a testament to the hard work and dedication of the Instructors and of the recruits themselves.”

Adding, “Fire services provide a vital service for the cities and counties that they serve and I have no doubt that all new Firefighters joining the ranks of Dublin Fire Brigade and Waterford Fire Service will continue to uphold that proud service”.

The new Fire Brigade Recruits will no go forth in providing a vitally important service in the community.

Road traffic collision exercise for our recruits passout, the firefighters are trained to take a casualty centred approach to rescue #Dublin pic.twitter.com/tEWhs5cleU

And they've finished! Congratulations to Class 1/2017 as they start their careers as firefighter/paramedics in the city & county of #Dublin pic.twitter.com/TpD6PWRTjQ