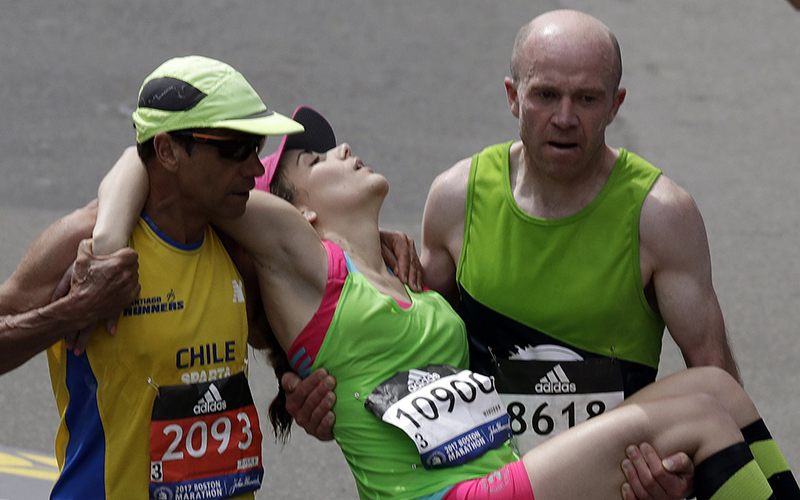 A Tyrone firefighter has been praised after he carried a struggling fellow runner across the finish line of this year’s Boston Marathon.

As her legs were about to buckle from underneath her, Canning, along with Mario Vargas from Chile, scooped the woman up and carried her to the finish line – determined to see her achieve her goal.

They even set her down just before the finish line, so she could physically cross it herself.

Watch the inspirational clip of Canning and Vargas’ selfless act, below.

Not only is Terry a long standing member of NI Fire and Rescue Service, he is also chairman of Omagh Harriers Athletics and completed the race in memory of Enda Dolan, an 18-year-old who was killed when he was stuck by a van in October 2014.