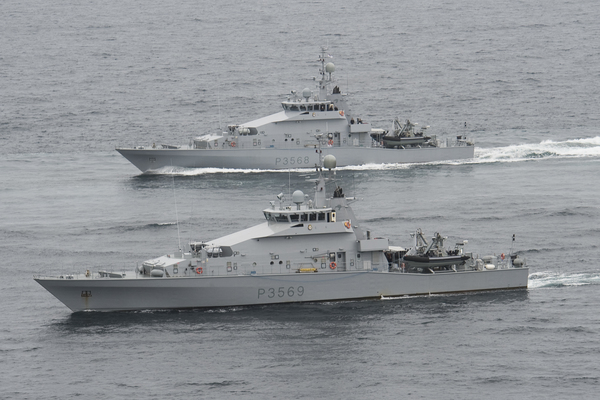 Ireland needs to draft its own national marine security strategy as it faces similar threats as outlined in a new British document, experts have said.

Dr Ian Speller, director of the Centre for Military History and Strategic Studies at Maynooth University said, “as an island nation, this country is more dependent on the sea than most of the rest of Europe and we have responsibility for a huge maritime area, but this has yet to be reflected in national policy.”

The Commission on the Defence Forces (CoDF) called for an Irish maritime security strategy and urged significant investment in the Naval Service to properly operate in this area.

Dr Speller continued, “many other countries have had the foresight to think carefully about the need for security in the maritime domain and have published strategies designed to promote this, not focusing narrowly on military challenges but addressing security in its broadest sense to include economic, environmental, legal and political matters. In failing to do so, Ireland might be considered to have fallen behind in this respect, rather an odd choice for an island nation.”

Dr Speller said while the main challenges may not be from hostile states, Ireland held a “key strategic position” on Europe’s western flank.

He added, “perhaps more pertinently, we are at least as vulnerable as our neighbours to risks that include terrorism at or from the sea, disruption to maritime trade routes, attacks on vital infrastructure ashore — including cyber attacks — illegal and unregulated fishing, the transportation of illegal and dangerous goods into this country, and acts that degrade the maritime environment.”

In a statement, Raco the representative body for commissioned officers in the Defence Forces, said there had been talk of an Irish maritime security strategy over the last two years.

It said this may not happen until an overarching national security strategy was in place. It said this was expected in 2020 and was badly needed. It said the CoDF laid bare the lack of maritime domain awareness, which was the basis of security analysis.

The statement said, “the same threats exist for Ireland to a greater extent than UK in many cases as the “bad actors” are more likely to operate in an area that is less well monitored. The marine cyber threat is vastly greater due to the size of the area to be covered and the depth of water as well as higher density of critical infrastructure.”

It said the only area where the situation was currently less severe might be trafficking of illegal immigrants by small boat due to the distance by sea to Britain from mainland EU.

Re-Instatement of Therapists to Special Schools