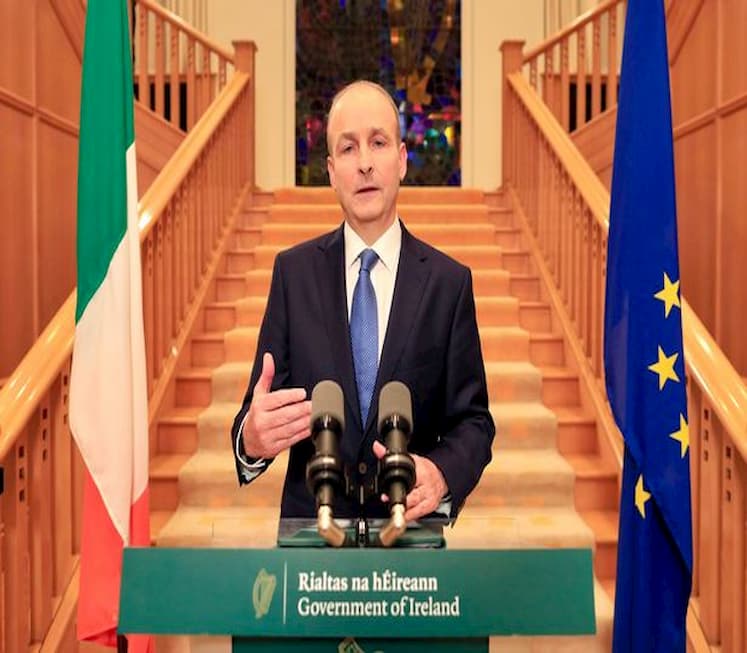 The second lockdown, which will see a return to the 5km travel limit, will be in force until December 1.

On Monday night, Taoiseach Micheal Martin announced that Ireland would be placed under a Level Five lockdown for a period of six weeks.

The new measures, which will come into force from Thursday, mean that pubs, restaurants, cafes and all non-essential retail outlets will have to close.

Tens of thousands will be out of work, with the Government restoring changes made to the Pandemic Unemployment Payment and the Wage Subsidy Scheme as a result.

The second lockdown, which will see a return to the 5km travel limit, will be in force until December 1.

The Taoiseach delivered a State of the Nation address last night where he outlined the Government’s reasoning for our second national shutdown.

He called on people to knuckle-down once more, saying: “As Taoiseach, I’m asking everyone again to take this threat seriously.”

And then the country’s leader pointed out that not everybody had obeyed the rules up to now, adding: “The Government cannot stop it (Covid) on its own.

“Many people have done everything that has been asked of them, but some have not.”

Later, Tanáiste Leo Varadkar said Ireland will be the first country in Europe to go back into a national lockdown.

Mr Varadkar said in doing so we are making a “preemptive strike” and acting “before it’s too late.”

He said the objective is to “flatten the curve” again and no one in government wanted to make the decision.

He said: “Lockdown saves lives but it comes at the human cost.”

The Tanáiste said: “We want to make sure the second wave is only a ripple.”

He added: “We want to put this virus back in its box.”

One Hundred Irish Retailers For All Your Online Christmas Shopping