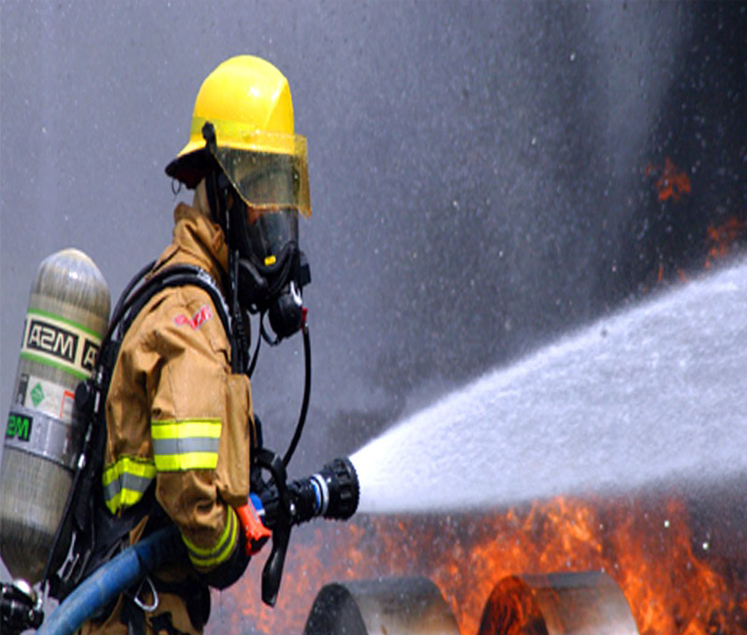 Emergency Services Journal takes a look at some of the most advanced tech gear available to firefighters on the market.

Firefighting techniques break down into a few categories: Preemptive, suppressive, and survival. Preemptive technologies work to prevent a fire before they begin.

Suppressive technologies are techniques employed to douse flames which have already begun burning.

Let’s take a look at some of the more innovative technologies currently being tested or which are being rolled-out to fire services. 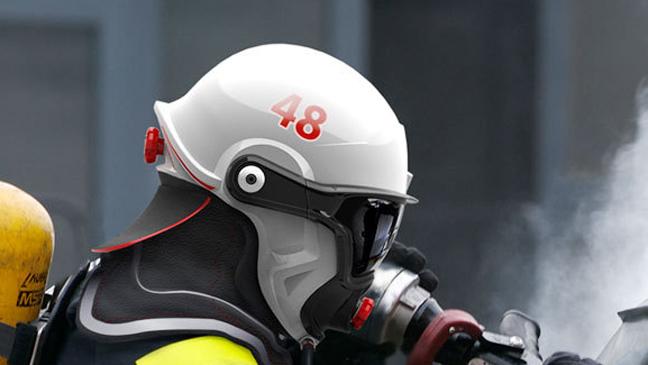 Sweden’s futuristic firefighting helmet
The C-Thru firefighting helmet presents a futuristic protection device which integrates many technologies. Somewhat similar to a fighter pilot’s helmet, certain information is projected onto the lens providing a useful heads-up display including information like temperature, remaining oxygen, and C02 levels. A thermal imaging camera can also be implemented to enable firefighters to retain visibility even in thick smoke.

Fire shelters made from space-age materials
Following the tragic fire of Yarnell Hill in Arizona, 2013, NASA Langley Research Centre launched a collaborative initiative with the U.S. Forest Service to see if their space-age technology could provide a
shelter to save firefighters.

So far NASA engineers have developed shelters with a thickness of less than a millimetre. The lightest prototypes weigh just 4.3 pounds (1.95 kg) and can be packed up into a space the size of a half-gallon milk
container. NASA anticipates publishing their findings sometime this year with hopes to launch the shelters later in 2018.

According to NASA “The technology that protects spacewalking astronauts may soon be available to firefighters on the ground through the development of an advanced suit offering greater protection, endurance, mobility and better communications.”

Fires kill more than 5,000 people each year in the U.S. alone. Almost 30,000 more are injured. For firefighters, those numbers reach 100 and 100,000 respectively. NASA has long been developing suits, which resist pressure, radiation, and heat- all elements which could be integrated into new firefighting suits.

“The advanced firefighter’s suit will use a number of state-of-the-art NASA technologies. Among them is active cooling, protecting the firefighter from metabolic heat trapped in the suit. Combined with new fabrics on the outer garment, the liquid cooling inner garment can allow more lengthy exposure to temperatures of up to 500 degrees Fahrenheit, compared to a maximum of 300 degrees for current suits. It will be double sealed, exposing no skin areas and providing protection against hazardous materials. The suit also will offer greater
impact protection”.

Currently, the technology remains in a prototype stage. However, perhaps soon NASA will be able to equip firefighters better than ever with space-age technology. 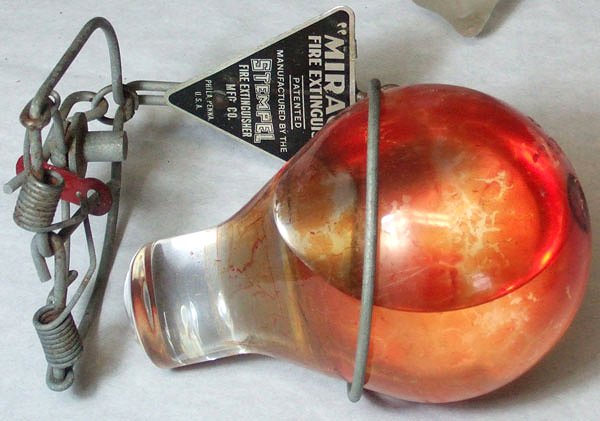 Fire extinguishing grenades
The concept is rather ironic and is surprisingly ancient. Nevertheless, it is an ingenious product which is still being used today.

The earliest known fire grenades were hand-blown, coloured round glass bottles usually be filled with salt water. During a fire, the filled glass bulbs would be thrown into the blaze where the thin glass would
easily shatter, releasing its contents and hopefully extinguishing the blaze. In later years, more sophisticated compounds replaced the water, such as carbon tetrachloride, also known as tetrachloromethane.

The glass balls were atop temperature sensitive brackets in areas of high risk. If a fire broke out, the heat would cause the bracket to release the ball, allowing it to smash onto the ground and release its fire extinguishing compounds.

The balls can be described more accurately as fire suppressing ‘grenades’. The grenades are thrown into an area already engulfed in flames where they quickly (yet controllably) explode. The explosion does not exert a massive amount of force. Instead, it relies on the fast expansion of the compounds within.

Other emerging rapid extinguishing systems like the Fire Extinguishing Ball are becoming publically available all across the world.

The systems can be quickly deployed with great effect equivalent to its traditional fire extinguisher counterpart, the heat activated systems of the grenades allow the user to deploy the grenade from a safe distance from the smoke and fire.

The technologies are excellent at extinguishing fires indoors and are easily and effectively deployed without causing any more damage than the fire already has, which makes them ideal for minor home fires. 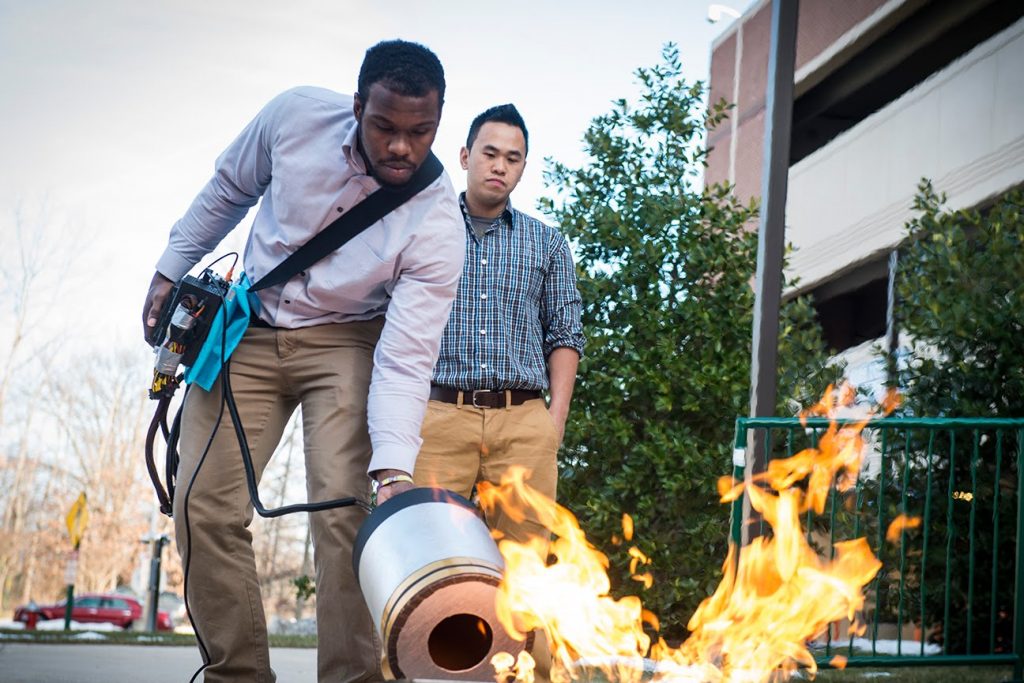 The apparatus is known as a wave extinguisher and works by using acoustic waves to suppress flames. The extinguisher only emits sound, making it ideal to use around equipment and personnel.

Though the principle of using sound to subdue fires has long been understood, only recently was the idea transformed into a feasible device. Essentially, the vibrations of the music work to separate the air from
the fuel, causing the material to burn out.

Throughout history, copious amounts of money have been poured into fire suppressive technologies. Though they are expensive, no amount of money could ever replace the lives they protect.

Jetpacks
Firefighters in Dubai have been given water jetpacks to fight fires from the city’s waterways.

The ‘Dolphin’ device is a jet ski equipped with a jetpack and firehose which allows firefighters to tackle blazes along the city’s extensive shoreline.

Dubai suffers from heavy traffic which response teams have previously had to mitigate before making it to the scene of an emergency.

The Garden – Cooking with Roses