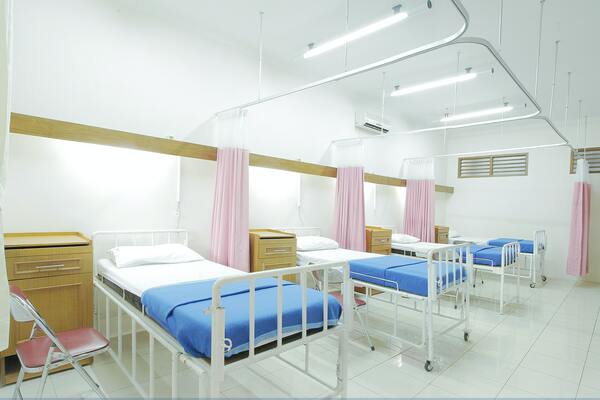 The Irish Hospital Consultants Association (IHCA) has warned that the failure of staffing and capacity resourcing to keep pace with medical advances over the past quarter of a century has left Ireland’s public hospitals lagging behind in their ability to deliver critical care to children.

Professor Stephanie Ryan, who recently retired as a Consultant Paediatric Radiologist, said that many of the problems that were present in the Irish health service 25 years ago are still present or worse today.

During her career, Professor Ryan worked as a Paediatric Radiologist at Temple Street Hospital in Dublin (Children’s Health Ireland). Her work involved using medical imaging, for example X-rays, MRI scans and ultrasounds, to diagnose conditions such as tumours and congenital abnormalities, and to guide their treatment.

Speaking on behalf of the IHCA as part of its Care Can’t Wait campaign, Professor Ryan pointed out the potential negative consequences for children of facing delays in accessing care.

More than 101,000 children were waiting for an appointment to be assessed or treated in public hospitals at the end of June. However, these figures from the National Treatment Purchase Fund (NTPF) fail to provide an accurate picture of the scale of the number of children waiting for care, as hospital diagnostics are not included in the NTPF data. When the additional 8,294 children awaiting CTs, MRIs or ultrasounds at the end of March 2022 are added, the total number is close to 110,000.

With 30,500 children now waiting longer than a year for an appointment with a hospital Consultant or access to essential care and treatment, Professor Ryan is concerned about the impact these long delays can have on children’s healthcare outcomes.

“Delays in diagnosis can delay treatment and there can be lifelong impacts as well. For example, with simple ear problems in young children, this can affect their language learning at a critical time. Sometimes the treatment of children with special needs or the formation of a plan for their care, can be delayed by waiting for an MRI scan. This could mean a long wait for access to treatment at a critical age in a child’s development. If a child needs a scan, I just wish we could provide the service and not have them waiting. No Consultant or parent wants this.”

For Consultant Radiologists, including those specialising in Paediatrics, the challenge of trying to prioritise access to care is especially complicated. Professor Ryan explained, “by the very nature of the fact that you need the scan to make a diagnosis, it is difficult to identify those with more serious problems before the scan.”

Professor Ryan also spoke about interventional radiology, and minimally invasive treatment. Professor Ryan, who trained in minimally invasive treatment in the United States, said, “these are techniques that use x-rays and scans to guide a procedure as an alternative to full surgery. When procedures are done by interventional radiology rather than traditional surgery, recovery and hospital stays are shorter and scars are avoided.”

Conditions such as narrowing of bowels, vascular malformations or delivery of chemotherapy to tumours can be treated in this way. These techniques are used widely among adults but the necessary funding to adequately resource the theatre space, capacity and Consultant posts for interventional radiology in children have not been delivered.

Following her recent retirement, Professor Ryan has been considering her time spent working in the Irish health system, “when I look back over the nearly 25 years as a paediatric radiologist, I can see vast improvements in the care that is available to children. While all these improvements have taken place, the system hasn’t been able to respond to the advances that are available, as quickly as it should or as completely as it should – so that we remain behind in our ability to provide the service that children need.”

Professor Ryan spoke of her disappointment that many of the same issues continue to negatively affect the provision of timely care to children in Ireland’s public hospitals. The Consultant recruitment and retention crisis, capacity shortages and long waiting lists for children have plagued the system for over a quarter of a century, despite the efforts of specialists like Professor Ryan advocating for adequate resources.

Professor Ryan continued, “it really shouldn’t be a battle that’s taking up time and wearing people down and causing people to become disheartened. I really would like to see a system whereby when a need is identified, there would be a response that would approve extra staffing needs in a reasonable amount of time. It’s not terribly complex to calculate that to provide a given number of scans, you need a certain level of staff. It should not take years to get that staff.”

According to Professor Ryan, the pressures of managing waiting lists, in addition to onerous on-call duties, shortages of resources and unfilled Consultant posts have made Ireland a less attractive place to work compared to other countries around the world.

According to data from the HSE, 1 in 5 permanent Consultant posts (882) are currently vacant or filled on a temporary basis.3 This includes 60 (19%) of the 320 approved posts in Radiology.