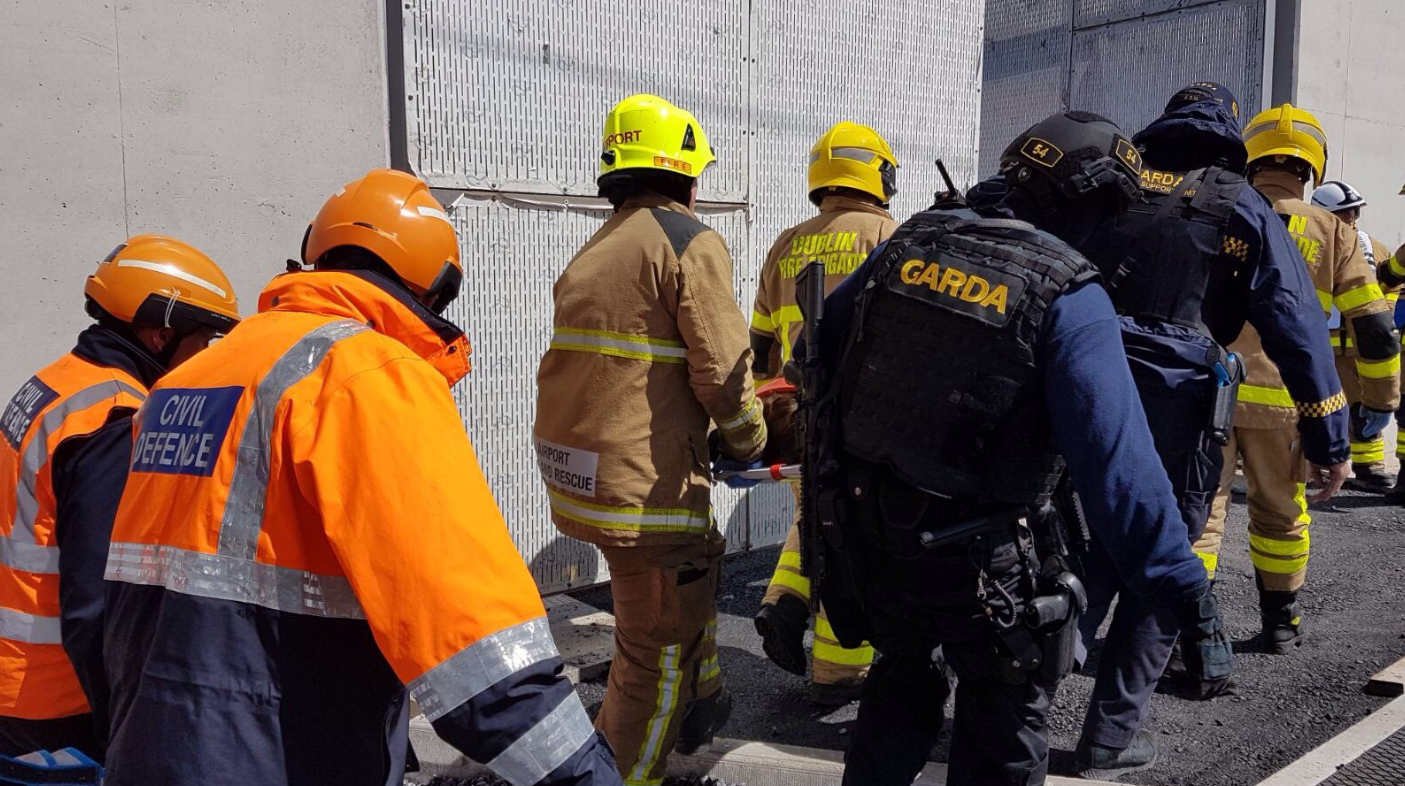 Phibsboro was transformed into a disaster zone yesterday as Dublin Fire Brigade carried out an elaborate drill to teach trainee paramedics how to handle a ‘mass casualty incident’.

The scenario was an active shooter incident on the Luas with dozens of “casualties” requiring assistance from the fire brigade.

The purpose of the operation was to train a class of 44 trainee paramedics how to operate should such a situation ever arise.

Joining the 44 trainees in the simulation were dozens of other people including members of other branches of the emergency services and actors.

“The role of the Paramedic is to prioritise patients and get them to definitive medical help in the most efficient manner possible, taking into account the size of the incident and the resources available,” the fire brigade said.

The drill was carried out with co-operation from a number of different agencies including the gardaí, the National Ambulance Service, the Civil Defence, the Red Cross, the Luas and Bus Eireann.

The fire brigade carry out numerous similar drills throughout the year but yesterday’s event was far bigger than most.

The gardaí carried out a similar drill earlier this month, with that scenario they had to deal with a terrorist attack at the Docklands railway station.

2nd part of our mass casualty exercise will take place shortly, again no cause for concern if you see emergency services in Broadstone pic.twitter.com/alaFYp1DAR