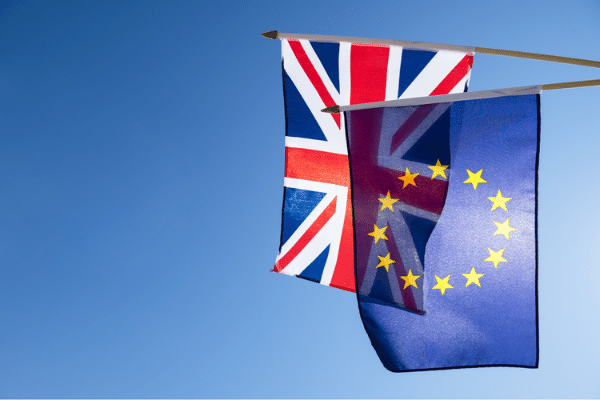 A senior Conservative MP has stated that he will be “seeking urgent clarification from the government” over reports time-sensitive cancer drugs were destroyed due to post-Brexit border delays.

The Confederation of British Industry’s (CBI) Ian Price told the Welsh Affairs Committee on Thursday morning that an unnamed drugs manufacuter based in Wales had been forced to move its production to Ireland in order to circumvent friction at the UK border with the EU.

The friction delayed their company’s exports of time-sensitive cancer drugs to the continent, which had to be destroyed as a result, Price, the CBI’s Wales Director, told MPs on the committee.

He told MPs: “There is one instance I am aware of that they have already moved production of a particular item to Dublin because they can’t in the time allowed continue to make it in Wales.

“It’s a time-sensitive cancer drug that they were importing into Europe and sadly, as a consequence of the arrangement of the deal, they’ve now got two or three hundred consignments blocked somewhere in the system in Europe, having to be thrown”.

Committee Chair Stephen Crabb told PoliticsHome that the revelation was “shocking” and that he would be asking the government to clarify what had happened. The CBI said it was not able to identify the pharmaceutical company in question.

“It was shocking and concerning to hear that consignments of time-sensitive cancer medication, transported to the EU from Wales, have had to be thrown away,” Crabb said.

“We will be seeking urgent clarification from the Government on the accuracy of this, but if true, this is no doubt something our committee will want to explore further”.

A spokesperson for the Association of the British Pharmaceutical Industry said they could not comment on the specific case mentioned by Price, but called on the government and EU to negotiate closer trading arrangements for medicines.

“We believe that the UK and the EU should reach a mutual recognition agreement which goes beyond the current recognition of inspections to include batch testing of medicines.

“The UK is currently unilaterally recognising EU batch testing, and we believe this should be reciprocated whilst a full MRA is worked out,” they said.

In the same committee session, representatives from the world of business and logistics gave several examples of how new paperwork was frustrating UK exports to the continent.

Pete Robertson, Chief Executive of Food and Drink Federation Cymru, said that one trader his body represents had to complete 41 pieces of paperwork for an export that once required two, and that a lorry of meat exports worth £100,000 had to be destroyed after one carcass fell off a hook.

Price said that businesses had been “spooked” by the new red tape, telling MPs that “the mountain of paperwork is terrifying and and when you haven’t had to do it previously, it does come as a bit of a shock”.

Speaking after the committee session, Price warned that more problems would emerge for businesses this month as cross-border traffic returns to normal levels.

“Businesses have worked at breakneck speed to adjust to the realities, navigate barriers and assess the practical implications of the new UK-EU trading relationship,” he said.

“It’s clear that as trade flows return to their normal levels in the coming weeks fresh complications for importers and exporters will be revealed”.

Ben Lake, the Plaid Cymru MP for Ceredigion, said the evidence given to the Welsh Affairs Committee this morning was “sobering” and showed that the UK needed to hold more negotiations with Brussels to reduce non-tariff barriers.

“The UK Government must pursue these issues with urgency if we are to avoid businesses – including farmers, wholesalers, hauliers and fishermen – having to take difficult decisions,” he said.

This feature first appeared on www.politicshome.com and was written by Adam Payne