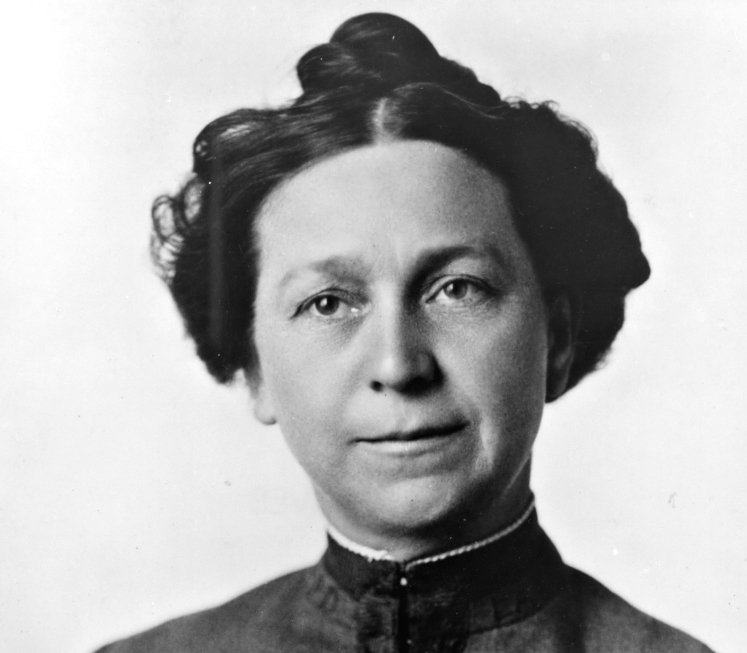 On the 12th of September 1910, the first female policewoman with arrest powers was appointed in the United States. Since then, women in law enforcement have never looked back.

Alice Stebbins Wells was born on the 13th of June 1873 in Manhattan, Kansas and would be the woman to embrace this remarkable title. During her younger years, she attended the Hartford Seminary and studied criminology and theology. Wells also served as a social welfare worker and student pastor throughout the Northeast. She did not immediately go into police work, instead acting as a pastor in Perry, Oklahoma from 1903 to 1906. It was when her background in social work would take her and her husband to Los Angeles that she began her campaign for including female officers on the police force. Since 1890, cities across California had only ever employed women as “workers” or “matrons.” These women cared for female prisoners in City and County prisons, but that was where their service stopped. Wells believed women would be a valuable addition since they could provide better assistance to other women and children who fell victim to crime.

In 1909, Wells succeeded in getting 100 signatures on a petition requesting for an ordinance that would enable women to serve in the Los Angeles Police Department. Considering women did not even have the right to vote yet, one might think that the petition would have been thrown out when presented to the City Council and Mayor George Alexander. However, her requests were heard. Wells was sworn in and issued a telephone call box, first aid book, police rule book, and “policeman’s badge.” She was not given a weapon or a uniform.

Unsurprisingly, Wells faced many challenges at the start of her career due to the rampant gender bias that existed throughout the country. Her “policeman’s badge” had to be exchanged for a “Policewoman’s Badge Number One” after a trolley conductor accused her of stealing her husband’s when she presented it to get a free ride. Additionally, she was partnered with the LAPD’s first juvenile officer, Officer Leo W. Marden, and stifled by an order the force soon issued. It determined that only female police officers could question young women. Wells, by default, had found her beat. Her main activities included supervising public recreation areas that were deemed feminine, such as dance halls, movie theatres and skating rinks.

Despite her obviously biased assignments, Wells was not deterred in her fight for women’s place in law enforcement. After two years on the force, she joined the rest of the LAPD in welcoming two new female officers. The female officers fell under the jurisdiction of the Civil Service. Wells’ appointment had garnered national attention and led to the hiring of female officers in sixteen other cities across the United States. When she created the International Policewomen’s Association (now the International Association of Women Police) in 1915, it became clear that women were well on their way to changing the makeup of law enforcement.

Much of that change would also come from education. Wells convinced the University of California, Southern Division (now UCLA) to offer a course solely dedicated to policewomen and their work. The school’s Criminology Department picked it up and offered it for the first time during the 1918 summer session. Her career would only grow in success.

Wells organised the Los Angeles Policewomen’s Association in 1925, became the Women’s Peace Officers Association of California first president in 1928, and was named the LAPD historian in 1934. Three years later, the LAPD had 39 female officers in service and five reserve officers. These five officers were “aerial policewomen.” Their new squadron, previously all-male, was comprised of highly trained and commercial amateur pilots who were called into service when a situation required expert flyers.

After 30 years of service, Wells retired from her position as the LAPD’s historian on the 1st of November 1940. Even after her retirement, she never stopped lecturing about the importance of more women pursuing careers in law enforcement. The LAPD remembers her as the revolutionary figure who championed the good female officers could do amongst female and juvenile criminals.

When Wells died in 1957, a ten-women Honor Guard and the LAPD’s highest ranking officers attended her funeral.

Over a century has passed since her appointment, and policewomen now exercise duties in delinquency prevention, patrol, crime investigation when juveniles are involved or when the expertise of a female officer is needed. This growth is mirrored in Wells’ International Association of Women Police. The organisation now has members across 60 countries, works with 25 affiliate organisations and hosts an annual training conference to raise women’s capacity in policing. Its vision encapsulates what Wells sought out to do with her petition in 1910: create “a world where police reflect the diversity of the communities they serve and human rights are protected.”