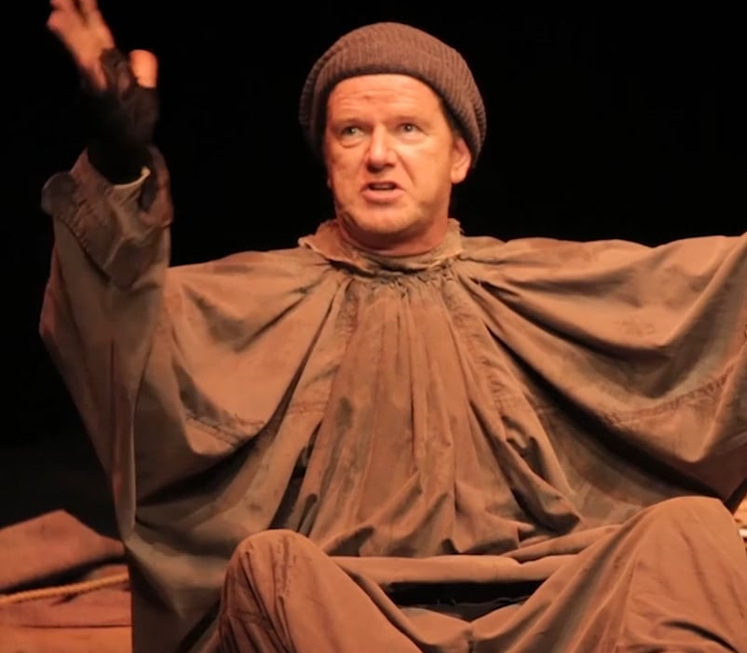 Keep up to date with this award-winning production, read reviews and find out about where the show has played and where it will be touring in the future. The show has now played to almost a quarter of a million people and continues to draw and entertain audiences from around the world.

Crean’s story is a testament of human fortitude against all the elements of Antarctic, his 36 mile, solitary trek to base camp during the Terra Nova expedition to rescue his comrades Teddy Evans and William Lashly has been described by Antarctic historians as “the finest feat of individual heroism from the entire age of exploration”.

Check Out the Tour Dates Here

He first performed ‘Tom Crean – Antarctic Explorer’ ten years ago at Siamsa Tire, Tralee for Tom Crean’s family and then at the Medway Fuse Festival followed by The New York International Fringe Festival (Best Solo Show Award Winner). He has also been nominated for awards at The Dublin Festival, Adelaide Fringe Festival and The Elliot Norton Theatre Critics Award Boston and in 2006 won the prestigious Fringe First at Edinburgh. He was seen in Galway Girl and Melody (Celctic Coupling) in the UK Fuse Festival. He has toured his new solo show O’Sullivan Beara – The Last Gaelic Chieftain in April / July this year. He has worked for many years developing various performance pieces and historical characters for all the National Museums in England including the National Maritime Museum Greenwich where the idea of a performance on Tom Crean originated.

He is a Co-Director of Play On Words Theatre Company and after this tour Aidan has worked for many years developing various performance pieces and historical characters for all the National Museums in England including the National Maritime Museum. He is an Associate Lecturer in drama at Canterbury Christ Church University. He lives in Rochester with his wife Miriam and has two children Liam and Nancy.